Radix Astragalus has been identified to exert beneficial effects in preventing postmenopausal bone loss. However, the active ingredients and mechanism of action remain unknown. In this study, we examined the effect of Astragaloside II (AST II), which is a monomer of Astragalus saponin, on the viability, proliferation, differentiation and maturation of rat primary osteoblasts, as well as its relevant molecular mechanism. We found that AST II exhibits a significant induction of proliferation, differentiation and mineralization in primary osteoblasts. AST II stimulates osteoblast differentiation at various stages, from early to late stage of differentiated osteoblasts. Furthermore, induction of differentiation by AST II is associated with increased expression of bone morphogenetic protein-2 (BMP-2), activation of Smad1/5/8, ERK1/2 and p38, and increased expression of core-binding factor 1 (Cbfa1)/Runx2. BMP antagonist (Noggin) blocks the effect of AST II on cell differentiation, and Smad1/5/8, p38, Cbfa1 expression, but only partly decreases ERK1/2 activation. This indicates that BMP-2 is essential in AST II-mediated osteoblast differentiation and Smad1/5/8, p38, Cbfa1 activation, and is partly involved in ERK1/2 activation. In conclusion, although in vivo studies are required in the future, as a phyto-saponin of Radix Astragalus, AST II may become a novel candidate that is beneficial for stimulating the osteoblastic activity resulting in bone formation, which has not been recognized and reported previously. 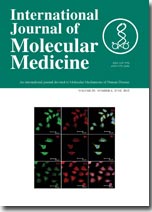