Left ventricular hypertrophy represents an adaptive mechanism through which the heart normalizes ventricular wall stress and preserves systolic function in the early stages; however, sustained hypertrophic stimulation frequently leads to contractile dysfunction of the myocardium through myocardial cell damage and cardiac fibrosis, and worsens the risk of morbidity and mortality due to congestive heart failure and sudden death. Accumulating evidence shows the implication of reactive oxygen species (ROS) in all processes causing terminal cardiac damage: cardiac hypertrophy, myocardial cell death and cardiac fibrosis (1,2).

Nitric oxide synthase (NOS) is an enzyme that produces nitric oxide (NO) from L-arginine and molecular oxygen, and three mammalian isoforms have been identified, including neuronal NOS (nNOS or NOS1), inducible NOS (iNOS or NOS2) and endothelial NOS (eNOS or NOS3). Tetrahydrobiopterin (BH4), a naturally occurring potent reducing agent, is an essential cofactor for all three isoforms of NOS (3–6). All isoforms of NOS are only activated as homodimers, and the stabilization and maintenance of the NOS dimer are dependent on BH4 (7). BH4 also plays a crucial role as an electron donor in the multistep oxidation of arginine for the generation of NO. Importantly, a decrease in BH4 leads to the uncoupling of NOS, resulting in the reduced production of NO and increased production of ROS (8–10). The simultaneous release of NO and ROS from NOS forms peroxynitrite (ONOO−), a strong oxidant. Malo et al (11) reported that treatment with BH4 prevented endothelial dysfunction in epicardial coronary arteries associated with left ventricular hypertrophy in a porcine model. Moreover, administration of BH4 has been shown to protect the myocardium against pressure overload, resulting in the improvement of fibrosis, cardiac dysfunction and hypertrophy (12–14). Takimoto et al (15) showed that pressure overload triggers NOS3 uncoupling as a prominent source of myocardial ROS contributing to dilatory remodeling and cardiac dysfunction using NOS3-deficient mice. NOS3 is the dominant isoform in the vascular endothelium as well as in cardiac myocytes. Thus, uncoupling of NOS3 by decreased BH4 appears to mediate cardiac hypertrophy and remodeling by pressure overload. Interestingly, accumulated evidence has shown the presence of NOS in mitochondria (16–18). The mitochondrial NOS isoenzyme is a constitutive protein of the mitochondrial inner membrane that generates NO in a Ca2+-dependent reaction (19). Although the role of NO in mitochondria remains to be elucidated, mitochondrial events such as oxygen consumption and ROS production appear to be regulated by NO (17,20,21). Notably, mitochondrial NOS also seems to cause uncoupling (22). These observations allow us to hypothesize that uncoupling of mitochondrial NOS by decreased BH4 during pressure overload is implicated in mitochondrial damage and results in myocardial cell damage, leading to cardiac hypertrophy and/or cardiac fibrosis. In fact, it has been demonstrated that pressure overload-induced heart failure is associated with mitochondrial dysfunction (23–26); however, the changes in BH4 levels in cardiac mitochondria during pressure overload remain to be elucidated.

The animals used in this study were handled in accordance with the Guide for the Care and Use of Laboratory Animals published by the US National Institute of Health (NIH publication no. 85-23, revised 1996), and the protocol was approved by the Experimental Animal Committee of Showa University (#20050).

Male Sprague-Dawley rats (9 weeks old) were housed in a humidity- and temperature-controlled environment with an automatic 12:12-h light-dark cycle and were fed standard rat chow and tap water ad libitum. Rats were anesthetized with sodium pentobarbital (50 mg/kg, i.p.). A rat model of pressure overload was prepared according to a previously described method (27). The abdominal aorta was constricted between the right and left renal arteries, using a 23-gauge needle to establish the diameter of the ligature. Sham-operated rats underwent an identical procedure except for the ligature. BH4 (10 mg/kg/day) was administered continuously using an osmotic pump (Alzet® osmotic pumps, 2ML4; LMS Co., Tokyo, Japan). Although BH4 is unstable in saline, ascorbate is known to stabilize it (28–30); therefore, 1 mM ascorbate was used as a stabilizing reagent. An osmotic pump filled with saline, ascorbate or ascorbate plus BH4 was placed in a subcutaneous area in the back. One or 4 weeks after surgery, rats were again anesthetized with sodium pentobarbital (50 mg/kg, i.p.). The right carotid artery was cannulated for measurement of arterial blood pressure and heart rate. The heart was then excised in ice-cold phosphate-buffered saline and the ventricles were divided into left and right ventricles.

Cardiac mitochondria were isolated as described previously (31). The isolated left ventricle (LV) was immediately minced and homogenized by a Teflon Potter-Elvejhem homogenizer in MST solution containing 0.23 M mannitol, 0.07 M sucrose, 1 mM EDTA and 10 mM Tris-HCl (pH 7.4). The homogenate was centrifuged at 700 × g for 10 min, and the supernatant was collected and centrifuged at 8,000 × g for 10 min. The mitochondrial pellet and the post-mitochondrial supernatant containing the cytosol and microsome were collected. The mitochondrial pellet was washed once with MST solution.

Biopterin derivatives were measured as biopterin by differential oxidation as described previously (32). An aliquot of the ventricular homogenate, mitochondria or the post-mitochondrial supernatant was separately oxidized in an acidic condition (0.02 M KI/I2 in 0.1 M HCl) and a base condition (0.02 M KI/I2 in 0.1 M NaOH). Quantification of biopterin was performed by reverse-phase high performance liquid chromatography with fluorometric detection (33). The amount of BH4 was calculated from the difference in the biopterin concentrations measured after oxidation in the acid (total biopterin) and base [7,8-dihydrobiopterin (BH2) plus biopterin].

Measurement of mRNA levels of NOSs by reverse transcriptase (RT)-PCR

Matrix metallopeptidase (MMP) activities were measured by gelatin zymography. The isolated LV was minced and homogenized by a Polytron homogenizer in lysis buffer containing 50 mM Tris-HCl (pH 7.4), 1% NP-40, 0.25% deoxycholic acid, 15 mM NaCl, 0.1 mM EDTA, 1 mM PMSF, and 1 μg/ml each of aprotinin, leupeptin and pepstatin. The samples were then sonicated for 5 sec on ice and centrifuged at 15,000 × g for 15 min. After the supernatants were collected, the protein concentration was determined using the DC Protein Assay Kit. Zymography was performed using a gelatin zymography kit (Primary Cell Co., Ltd., Hokkaido, Japan).

Hearts were fixed with 10% formamide. The fixed heart was embedded in paraffin, sectioned at a 4-μm thickness, and stained by Giemsa for fibrosis. Fibrosis was scored as 0–3 by individuals blinded to the study protocol.

All values are expressed as the means ± SEM. Statistical analyses of the data were carried out using the unpaired Student’s t-test or ANOVA followed by Bonferroni test, as appropriate. The level of statistical significance was set at P<0.05.

Hemodynamic parameters and heart weights in rats with aortic banding

Changes in hemodynamic parameters and heart weight by aortic banding.

a P<0.05, significantly different from each sham-operated group.

Expression of NOS isoforms in the myocardium, cardiac mitochondria and the post-mitochondrial supernatant

Effects of BH4 administration on cardiac fibrosis and MMP activity

We observed anti-NOS1 antibody-sensitive protein in cardiac mitochondria. It has been shown that NOS is located in mitochondria (16,17). Zaobornyj et al (35) reported that NO is produced in the myocardium in physiologically relevant quantities by two isoforms of NOS: i) an isoenzyme located in the mitochondria, which accounts for ∼55–62% of total heart NO production, and ii) an isoenzyme located in caveolae of the sarcoplasmic reticulum and plasma membrane, which accounts for the remaining 38–45%. Kanai et al (19) reported that NO production was detected from individual mitochondria isolated from the hearts of wild-type, NOS3-knockout and NOS2-knockout, but not from NOS1-knockout mice. NO production was found to be dependent on mitochondrial Ca2+ uptake and was blocked by ruthenium red, indicating that it originated from mitochondria. Moreover, accumulating evidence shows that mitochondrial NOS is mostly a variant of NOS1α, which could be subjected to post-transcriptional modification of the product encoded by the NOS1α gene (18). Thus, a functional active NOS isoform, probably NOS1 or a variant of NOS1α, appears to be located in cardiac mitochondria.

Takimoto et al (15) found that pressure overload-induced cardiac remodeling and dysfunction were reduced in NOS3-deficient mice. As an underlying mechanism, they showed that NOS3 uncoupling is implicated in those responses. We observed that NOS3 was present in the post-mitochondrial supernatant. In cardiomyocytes, NOS3 has been shown to be located in caveolae (39,40). In post-mitochondrial supernatant, BH4 levels decreased, and its oxidized forms increased 4 weeks following pressure overload. This observation supports the finding that NOS3 uncoupling with a decrease in BH4 is implicated in the development of cardiac dysfunction by pressure overload. 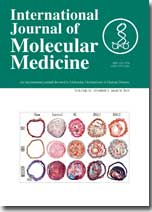