Angiogenesis plays a significant role in numerous diseases. Recently, dysbalanced angiogenesis was found to be a component of pathogenesis of inflammatory bowel disease (IBD). Therefore, inhibition of angiogenesis is a novel therapeutic strategy that alleviates the inflammation and clinical outcomes of IBD. Bacteria act as vectors for the delivery of therapeutic sequences, a process that is particularly suitable in IBD, due to the natural occurrence of bacteria in gut. The main focus of the present study was the application of bacterial gene therapy in the modulation of angiogenesis in IBD. As a target molecule we used the main proangiogenic factor, vascular endothelial growth factor (VEGF). Bacterial strain Salmonella typhimurium SL7207 was used as a gene delivery vector for oral application. DNA vaccination and RNA interference were examined and their efficiency in improving the course of the disease in dextran sulfate sodium-induced colitis in mice was compared. The two approaches yielded similar beneficial results in evaluation of the disease activity parameters (stool consistency, weight loss and colon length) as well as VEGF expression and tumor necrosis factor-α (TNF-α). Improvement in all of the parameters compared with the control groups not treated by therapeutic bacterial strains was also observed. All the bacterial groups showed similar improvement in histopathological scoring. Results of this study are consistent with the literature and provide a basis for additional studies on the modulation of angiogenesis in IBD.

The pathogenesis of inflammatory bowel disease (IBD) is of a complex nature and remains to be fully elucidated. One of the key factors involves dysfunctional immunoregulation manifested by the inappropriate production of mucosal cytokines. However, an abnormal microcirculatory system also plays a role in the pathogenesis of IBD (1). A connection between angiogenesis and the pathology of IBD was proposed over 10 years ago, at which time, it was identified that serum vascular endothelial growth factor (VEGF) correlated significantly with disease activity, as well as with elevated levels in patients with moderate/severe Crohn’s disease and ulcerative colitis (2). In both diseases, vascular density in colon was found to be significantly higher than that observed in normal tissue, and local microvasculature likely undergoes an intense process of inflammation-dependent angiogenesis (3). VEGF levels found in IBD exert a proinflammatory effect that is similar to that of other inflammatory agents and suggest that this cytokine may serve as an intermediary between angiogenic stimulation and cell-mediated immune responses (4). Thus, angiogenesis appears to be an integral component of IBD pathogenesis, providing a practical and conceptual framework for anti-angiogenic therapies in IBD.

Angiogenesis has emerged as an additional vascular mechanism contributing to chronic inflammation in IBD (3). However, the increased blood supply does not automatically equate with adequate perfusion of the intestine in IBD. One of the potential confounding areas in our understanding of the role of the microvasculature in IBD has been a series of observations from both humans and animal models of IBD that suggest microvascular dysfunction and impaired perfusion of the mucosal surfaces affected by chronic inflammation. This relative ischemia has also been observed in animal studies, where diminished perfusion at the level of microcirculation has been demonstrated (5).

Dextran sodium sulfate (DSS) model of colitis stimulates angiogenesis resulting in increased blood vessel density concomitant with increased histopathology, suggesting that neovasculature contributes to tissue damage during colitis (6). Of note, treatment with the anti-angiogenic agents significantly reduced angiogenic activity and associated tissue histopathology during experimental colitis. Direct evidence of the usefulness of anti-angiogenic therapy was provided recently in mice using gene transfer techniques. Overexpression of VEGF-A in mice with DSS-induced colitis exacerbated their condition, whereas the overexpression of soluble VEGF receptor-1 (VEGFR-1) had the opposite effect (7). On the other hand, it has been found that pre-emptive VEGF inhibition does not significantly attenuate angiogenesis but worsens inflammation in a model of acute colitis (8). Preventive VEGF blockade may thus disrupt healing and exacerbate injury via alternative angiogenic or inflammatory pathways. Therefore, recent data indicate that the role of angiogenesis in the pathology of IBD is of more than only an accessory nature. Although slight discrepancies exist, the inhibition of blood vessel formation seems to be promising in the therapy of IBD.

The rationale for bacterial therapy of IBD has previously been shown and proven legitimate (9,10). Bactofection of colonic mucosa using the Salmonella typhimurium SL7207-carrying gene-encoding superoxide dismutase has been effective in the therapy of DSS-induced colitis in both rats and mice (9,10). Moreover, a previous study focused on bacteria-mediated anti-angiogenic therapy using various molecular approaches, including bactofection, protein delivery, DNA vaccination and transkingdon RNA interference (11).

The aim of this study was to examine the effect of the bacteria-mediated inhibition of angiogenesis in a model of inflammatory bowel disease in mice. DNA vaccination strategy was employed to induce systemic immune response against VEGF and the course of colitis was monitored. Bacterial strain Salmonella typhimurium SL7207 was used as a vector for the delivery of plasmid-encoding human VEGF. The strain SL7207 with plasmid for RNA interference against VEGF was used as an alternate therapeutic group and SL7207 with no therapeutic plasmid was used as the blank control.

Male C57BL/6 mice (n=20, age 12 weeks) were obtained from Charles River Laboratories (Prague, Czech Republic). Mice were kept in a controlled environment with 12:12 light-dark cycle with ad libitum access to water and feed. Animals were divided into four groups (n=5): DSS PBS, DSS SL7207, DSS siVEGF and DSS CA-VEGF. On days 0, 15 and 30 of the experiment mice in all four groups were given 0.25 ml of the respective bacterial strain [109 colony forming units (CFU); groups DSS SL7207, DSS siVEGF and DSS CA-VEGF] and phosphate-buffered saline (group DSS PBS), respectively, using a gastric gavage. The mice received 2% DSS [molecular weight (MW) 36,000–50,000; no. 160110; MP Biomedicals, Solon, OH, USA] for 7 days ad libitum in drinking water starting from day 30. Starting from day 37 DSS was changed back to water. Body weight and stool consistency (0, normal; 1, soft-formed; 2, watery; 3, watery with blood) were monitored on a daily basis starting from day 30 until the end of the experiment. Mice were sacrificed on day 40. The schedule of the experiment is shown in Fig. 1. The animal experiment was approved by the institutional review board and Ethics Committee of Comenius University Faculty of Medicine.

Bacterial strain Salmonella typhimurium SL7207, engineered for the transfection of eukaryotic cells (12), was transformed with plasmids pUC-CAGGS/hVEGF165 (CA-VEGF) containing the cDNA-encoding human VEGF isoform 165 under eukaryotic chicken β-actin promoter and plasmid pSilencer 2.0/siVEGF (siVEGF) containing the cassette for the expression of shRNA against human/mouse VEGF under eukaryotic U6 promoter. The pUC-CAGGS/hVEGF165 plasmid was a kind gift from Professor Yoshikazu Yonemitsu (Department of Gene Therapy, Chiba University Graduate School of Medicine, Chiba, Japan) and the pSilencer 2.0/siVEGF plasmid was purchased from Addgene (Cambridge, MA, USA). Bacteria SL7207 with appropriate plasmid were grown in standard LB medium in the presence of ampicillin (100 μg/ml) and streptomycin (50 μg/ml). Bacterial culture was incubated without shaking until an OD600 of 0.4 was reached. The culture was then centrifuged (10 min, 5,000 × g, 4°C) and the pellet washed three times with 15% glycerol in PBS. Bacteria were then resuspended in 15% glycerol in PBS to achieve CFU 4×109. The final solution was divided in 1 ml aliquots and stored at −80°C until use for oral gavage. The bacterial count was confirmed by plating serial dilutions of bacterial stock onto LB plates containing appropriate antibiotic.

Mice were anesthetized and the entire colon was removed from cecum to anus. The length of the colon was measured. Blood samples were obtained and plasma was extracted. Samples from colon were taken, snap-frozen in liquid nitrogen and stored at −80°C until use. Samples for histological examination were stored in 4% formaldehyde.

Each colon sample was graded by a pathologist blinded to the treatment group using a scoring system to evaluate the inflammation (0-3), crypt damage (0-4), regeneration (4-0), extent (0-3) and percentage of involvement (0-4) (13). The highest injury score was 18 and the lowest was 0.

Data were analyzed using the one-way analysis of variance. The Student’s t-test was used to evaluate the differences between groups. P<0.05 was considered to indicate statistically significant differences. The calculations were performed with GraphPad Prism 5 software (GraphPad Software, San Diego, CA, USA). Data were presented as mean ± SEM.

The four groups showed a histopathological score of >0. Groups treated with bacteria (SL7207, siVEGF and CA-VEGF) had a significantly lower score compared to the PBS-treated control group (Fig. 5). No significant differences were found among the three groups receiving bacteria.

In the present study, we aimed to analyze the effect of angiogenesis by means of modern genetic modifications including DNA vaccination and RNA interference in an animal model of IBD. Data from the literature indicate that the suppression of angiogenesis may alleviate severity of the disease and provide a therapeutic effect.

The main focus of the study was to employ the principle of bacteria-mediated DNA vaccination against the main proangiogenic factor VEGF in a DSS model of IBD by administration of SL7207 bacteria bearing the plasmid-encoding VEGF cDNA. SL7207 is a commonly used strain for gene delivery and DNA vaccination strategies. DNA vaccination is based on the delivery of target antigen-encoding DNA, expression of the antigen by the host cells and the subsequent immunological response to it. The time needed to induce a sustained immune response against the delivered antigen following oral delivery is known to be 30–45 days. Paglia et al (15) reported the finding that after three courses of oral administration of SL7207 at 15-day intervals, mice developed both cell-mediated and systemic humoral responses against the antigen. In this study, we used a similar protocol of triple oral application of the involved bacterial carrier at 15-day intervals. Control groups used sham immunization by non-modified carrier strain SL7207 as well as SL7207 carrying the plasmid designed to induce RNA interference against VEGF (siVEGF). As the effect of RNA interference is usually only of a short-term nature, we did not expect the siVEGF strain to have a pronounced effect in terms of inhibiting the expression of VEGF at the end of the experiment.

Increased vascular density has been associated with progression of human IBD and animal models of colitis. Direct evidence of the usefulness of anti-angiogenic therapy was provided recently in mice using gene transfer techniques. Overexpression of VEGF-A in mice with DSS-induced colitis exacerbated their condition, whereas overexpression of soluble VEGFR-1 had the opposite effect (7). Moreover, treatment of IBD using natural angiogenesis inhibitor endostatin also showed a beneficial effect in experimental IBD (16). Our results are consistent with the above-mentioned findings and support the hypothesis of the therapeutic inhibition of angiogenesis in IBD. However, a study on anti-angiogenic DNA vaccination in IBD has yet to be published.

On the other hand, it has been found that pre-emptive VEGF inhibition does not significantly attenuate angiogenesis, but worsens inflammation in a model of acute colitis. Chernoguz et al (8) reported that preventive VEGF blockade may disrupt healing and exacerbate injury via alternative angiogenic or inflammatory pathways. In the present study, we used a similar strategy of pre-emptive VEGF blockade. The results showed an opposite tendency, which, however, is most likely caused by a different anti-VEGF agent used (monoclonal antibody against VEGF - bevacizumab vs. DNA vaccine).

Additional studies employing non-DSS control groups may identify potential non-specific effects of the therapeutic bacterial strains. Moreover, the cellular and humoral immune response should be measured to prove the ongoing vaccination. This is particularly important for studies on DNA vaccination. The expression of other angiogenetic and inflammation-related factors should be analyzed to provide a complete view of the ongoing processes. Nevertheless, our approaches and findings are valid but remain to be confirmed.

This publication is the result of the project implementation: ‘Establishment of competence centre for research and development in the field of molecular medicine’. Supported by the Research & Development Operational Programme funded by the ERDF (ITMS 26240220071). 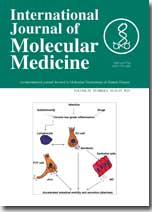