Withaferin A is a steroidal lactone purified from the Indian medicinal plant, Withania somnifera and has been shown to exert anticancer effects in different types of cancer cells, such as prostate cancer (1), myeloid leukemia (2), breast cancer (3) and renal cancer (4) cells. The mechanisms responsible for the withaferin A-mediated anticancer effects are multiple. For example, withaferin A has been shown to induce apoptosis through the upregulation of intracellular reactive oxygen species (ROS) generation (5,6), prostate apoptosis response-4 (Par-4) induction (1), p38 MAP kinase activation (7), Akt inactivation (8) and the upregulation of endoplasmic reticulum (ER) stress (4). It has been reported that withaferin A induces apoptosis in head and neck carcinoma cells and inhibits Akt activation (9). However, the cellular and molecular mechanisms underlying withaferin A-induced apoptosis in head and neck carcinoma cells are not yet fully understood.

In the present study, we investigated whether the withaferin A-induced COX-2 upregulation is involved in resistance to apoptosis in the human head and neck carcinoma cells, AMC-HN4.

Approximately 1×106 cells were suspended in 100 μl PBS, and 200 μl 95% ethanol were added while vortexing. The cells were incubated at 4°C for 1 h, washed with PBS and resuspended in 250 μl 1,12% sodium citrate buffer (pH 8.4) together with 12,5 μg RNase. Incubation was carried out at 37°C for 30 min. Cellular DNA was then stained by applying 250 μl propidium iodide (50 μg/ml) for 30 min at room temperature. The stained cells were analyzed by fluorescence-activated cell sorting (FACS) on a FACScan flow cytometer (E5464; Becton-Dickinson, Franklin Lakes, NJ, USA) for relative DNA content based on red fluorescence. Cell morphology was analyzed using a light microscope (Zeiss Axiovert 200M; Carl Zeiss, Göttingen, Germany).

PGE2 levels in the culture medium were assayed using an enzyme immunoassay kit following the manufacturer’s instructions (Cayman Chemical Co.). The assay is based on the competition between peroxidase (or alkaline phosphate)-conjugated tracer PGE2 and PGE2 in the medium for a limited number of PGE2-specific Abs. The amount of remaining tracer PGE2 was determined by the addition of substrates for peroxidase (or alkaline phosphatase). OD values were determined at 405 (or 450) nm, as previously described (21).

The intracellular accumulation of ROS was determined using the fluorescent probe, 2′,7′-dichlorodihydrofluorescein diacetate (H2DCFDA). H2DCFDA is commonly used to measure ROS generation (22). The AMC-HN4 cells were pre-treated with 200 μM trolox and 500 μM MnTBAP for 30 min, and the cells were then incubated with 3 μM withaferin A for 30 min. The cells were stained with the fluorescent dye, H2DCFDA, for an additional 10 min. Subsequently, the cells were trypsinized and resuspended in PBS, and fluorescence was measured at specific time intervals with a flow cytometer (Becton-Dickinson) or was detected using a fluorescence microscope (Zeiss, Goettingen, Germany).

Withaferin A induces apoptosis and COX-2 expression in the human head and neck carcinoma cells, AMC-HN4

We have previously reported that withaferin A induces apoptosis in human renal carcinoma Caki cells (23) and human leukemia U937 cells (8). In this study, to determine whether withaferin A induces apoptosis, AMC-HN4 cells were treated with the indicated concentrations of withaferin A for 24 h. FACS analysis for the measurement of DNA content and western blot analysis for the detection of the cleavage of PARP, a substrate of caspase-3, were performed. Withaferin A markedly increased the sub-G1 population and the cleavage of PARP in a dose- and time-dependent manner (Fig. 1). COX-2-overexpressing cancer cells are resistant to anticancer drug-mediated apoptosis (24). Therefore, we examined whether withaferin A increases COX-2 expression in the AMC-HN4 cells. As shown in Fig. 1, withaferin A increased COX-2 expression in a dose- and time-dependent manner.

Withaferin A-induced COX-2 expression has no effect on apoptosis

Previous studies have reported that excess amounts of thiol donors block the effects of withaferin A (26,27). To determine whether thiol donors inhibit withaferin A-induced apoptosis, AMC-HN4 cells were treated with NAC and DTT. Both thiol donors markedly inhibited morphological changes in the withaferin A-treated cells (Fig. 5A). Furthermore, NAC and DTT blocked the increase in the sub-G1 population and the cleavage of PARP (Fig. 5B). These data suggest that the mechanism of thiol oxidation is important for withaferin A-mediated apoptosis.

COX-2 was overexpressed and the levels of PG, such as PGE2, were increased in the cancer cells. Previous studies have reported that COX-2 induces proliferation, angiogenesis, migration and invasion, and inhibits apoptosis. A selective COX-2 inhibitor (celecoxib) has been shown to induce apoptosis in prostate carcinoma (25), colon carcinoma (28), cholangiocarcinoma (29), pancreatic carcinoma and melanoma (30) cells. Furthermore, the overexpression of COX-2 reduces apoptosis. Sun et al (31) reported that COX-2 overexpression inhibits the release of cytochrome c and caspase activation in colon carcinoma cells treated with COX-2 inhibitor and 5-fluorouracil. By contrast, the overexpression of COX-2 in osteosarcoma cells has been shown to decrease cell viability (32). Xu et al (32) reported that apoptosis by COX-2-overexpression is independent of PGE2, whereas the inhibition of ROS production reduces apoptosis in osteosarcoma cells. In head and neck carcinoma, celecoxib and sulindac have been shown to reduce proliferation and induce apoptosis (33). Furthermore, the inhibition of COX-2 enhances sensitivity to anticancer drugs, such as doxorubicin, vincristine, cisplatin, bleomycin and 5-fluorouracil (33). Therefore, we hypothesized that the withaferin A-induced expression of COX-2 and PGE2 production enhances resistance to apoptosis. However, although NS-398 (a COX-2 inhibitor) markedly blocked withaferin A-mediated PGE2 production, apoptosis was not affected (Fig. 3B). Therefore, the role of COX-2 in anticancer effects is dependent on cell type and cell conditions.

Taken together, our results suggest that the withaferin A-mediated apoptosis is independent of COX-2 expression and ROS production. Thiol oxidation is an important mechanisms of withaferin A-induced apoptosis in head and neck carcinoma cells. 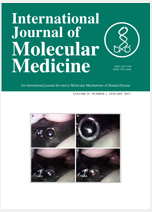