Mechanism of cardioprotection by resveratrol, a phenolic antioxidant present in red wine (Review)

Coronary heart disease (CHD) has been and remains a major contributor to morbidity and mortality in developed countries. The most common form of CHD in the western world is atherosclerosis (AS), especially of the major coronary arteries. Failure to maintain an intact endothelium, as a result of episodic and/or persistent injury and perturbation of the vascular endothelium, promotes formation of fatty streaks which are considered initiation events of AS. Cellular constituents contributing to endothelial injury include endothelial cells, monocytes, platelets, and smooth muscle cells. Individuals diagnosed with AS face complex, enduring clinical complications and enormous medical costs. Simple and easily compliant prevention and treatment measures are therefore strategic considerations in the management of this vascular disease. Based on known risk factors for CHD, priorities in AS prevention should include smoking cessation, blood pressure control, and diet modification. In recent years, the possible benefits of low to moderate consumption of alcoholic beverages, particularly of red wine, in the prevention of heart disease has received increasing attention and debate in the popular media as well as in the scientific community. Such attention has been prompted by research findings supporting a relationship between red wine consumption and the French paradox. This phenomenon refers to people residing in certain parts of France where red wine is customarily consumed during meals having a low CHD mortality, despite living a lifestyle considered to have comparably high CHD risks, as those in the US and many other developed countries. Studies have reported that the cardioprotective effects of red wine are greater than those attributed solely to ethanol and other types of alcoholic beverages. The mechanism(s) underlying the greater CHD protective benefits of red wine have not been elucidated. Recently the polyphenol resveratrol (3,5,4'-trihydroxy-trans-stilbene), known to be abundantly present in red wine, compared to white wine, beer, or spirits, has been demonstrated to elicit a broad spectrum of biological responses in in vitro and in animal studies, including effects that are compatible with the cardioprotective roles proposed for red wine. These recently described effects of resveratrol will be reviewed in this article. We will first summarize published data showing an inverse association between consumption of alcoholic beverages/red wine and risk of CHD. A review of biosynthesis of resveratrol and its presence in food groups and wines will follow. Recent studies relating exposure to wine/resveratrol with reduction in myocardial damage during ischemia-reperfusion, modulation of vascular cell functions, inhibition of LDL oxidation, and suppression of platelet aggregation will be presented. The last section of this review will focus on a discussion of mechanism(s) by which resveratrol acts as a potential cardioprotective agent. 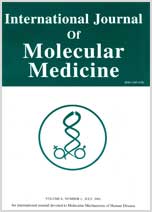