Amphibian metamorphosis is the result of thyroid hormone (TH)-induced organ transformations including de novo morphogenesis, tissue remodeling and resorption through programmed cell death (apoptosis). All changes during metamorphosis are presumed to be mediated through gene regulation cascades initiated by TH. Numerous studies have implicated important roles of chromatin remodeling in transcriptional regulation. In particular, several lines of evidence support the view that histone acetylation is associated with transcriptional activation and histone deacetylation leads to gene repression. Here we address the physiological roles of histone deacetylases during vertebrate postembryonic development by using amphibian metamorphosis as a model. We first demonstrate that Xenopus laevis Rpd3 (a histone deacetylase) and Sin3 (a corepressor associated to Rpd3) are expressed in premetamorphic and metamorphic tadpole tissues, suggesting their involvement in these postembryonic processes. To test this possibility, we use a histone deacetylase inhibitor, trichostatin A, to block histone deacetylases and examine the development of the tadpoles. Our results indicate both natural and T3-induced metamorphosis are blocked by the inhibitor. We further show that this drug inhibits metamorphosis in different tissues, whether they involve de novo development or resorption through apoptosis, and that it functions in a stage-dependent but organ-autonomous manner. The data thus support an important role of histone deacetylases in the gene regulation cascades induced by T3 during metamorphosis. 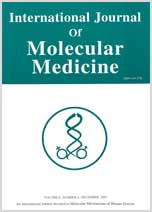