It has been shown that the VIT1 gene is down-regulated in vitiligo melanocytes, but the expression of the VIT1 gene in melanocytes of Chinese patients with vitiligo and the potential function of VIT1 in pathogenesis of vitiligo are not as well known. In this study, we first compared VIT1 gene expression in melanocytes cultured from non-lesional skin of generalized vitiligo patients, normal melanocytes and melanomas in China. The cloned VIT1 ORF cDNA fragments were sequenced and then compared. VIT1 siRNAs were transfected into mouse B10BR melanocytes. The results from semi-quantitative RT-PCR demonstrated that the expression levels of VIT1 in non-lesional melanocytes from vitiligo patients are significantly lower than those in normal melanocytes. In contrast, the expression levels of VIT1 in melanoma are higher. The results also demonstrated that VIT1 is not a novel gene including a fragment of 81 bp flanking by consensus GT and AG sequences on the 5' and 3' ends, which is regarded as an intron. VIT1 without the extra intron is a known gene called FBXO11. Our findings revealed abnormal morphology by light and electron microscopes in FBXO11 siRNA transfected melancytes, which display large epithelioid perikaryon and stubby dendrites with occasional multidendricity as opposed to slender perikaryon and bipolar dendrites of controls. The electron microscopic observation indicated swelling mitochondria and endoplasmic reticulum (ER), and increased lysosomes and bubbles. Further, transfection of FBXO11 siRNA significantly promoted cell apoptosis. Collectively, this study provides comprehensive morphological proof of the relationship between dilation of ER and decreased levels of the FBXO11 gene in vitiligo melanocytes. 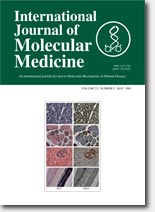