Rats exposed from 7 weeks after birth and for the ensuing 3 to 7 months to a diet depleted in long-chain polyunsaturated ω3 fatty acids were recently proposed as a new animal model for the metabolic syndrome. The present study aimed mainly at investigating whether, in this new model, the perturbation of the fatty acid total content and pattern of brain phospholipids simulates that previously documented in second-generation ω3-depleted rats. Such was indeed the case, with the apparent exception of changes in the C18:1ω9, C20:0, C22:0 and C24:0 relative content of brain phospholipids. Moreover, the C22:5ω3 content of such phospholipids was unexpectedly lower in the present model than in the second-generation ω3-depleted rats. The changes in brain phospholipids were also monitored when the rats deprived of ω3 fatty acids for 7 months were given access for 2 to 4-5 weeks to a flaxseed oil-enriched diet. Most phospholipid variables were rapidly normalized under the latter experimental conditions. The results obtained under these conditions suggest that an increase in the brain phospholipid C22:5ω3 content may play a key role in the orexigenic effects of exogenous ω3 fatty acids supplied to ω3-depleted animals. 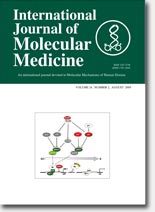