Longdan Xiegan Tang (LXT) is a Chinese herbal medicine that is prescribed as an anti-inflammatory aid, a hepato-protectant, and an immunostimulant. In this study, we examined the biological effects of LXT administration in MRL/lpr mice. MRL/lpr mice provide a good model of systemic lupus erythematosus (SLE). These mice develop immunological disturbances and dysregulation in Th1 and Th2 cytokine production. Female mice were randomly separated into two groups. The experimental group received LXT (250 mg/kg/day, po) from 19 to 21 weeks of age. Splenic CD3+CD4+, CD3+CD8+, and CD4+CD25+ T cells were increased in the LXT-administered mice compared to MRL/lpr controls, and this was associated with splenomegaly. There was a marked reduction in IFN-γ, TNF-α, anti-dsDNA antibody, and there were reduced IgG immune complex deposits in the glomeruli. LXT also restored kidney glutathione levels, thereby limiting the toxic effects of the inflammatory mediators iNOS and COX-2, which are overproduced in MRL/lpr mice. Two-dimensional gel electrophoresis was used to analyze proteome changes. LXT protected MRL/lpr mice against developing the lupus syndrome through up-regulation of phosphoglycerate kinase 1 and down-regulation of ferritin light chain 1, selenium-binding protein 2, and α-enolase. This study indicates that LXT at this dose and time course of administration was effective in reducing oxidative stress associated with disease progression in MRL/lpr mice. LXT could be useful as adjunctive therapy for reducing distress in SLE. 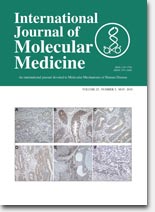