The human metastasis associated lung adenocarcinoma transcript 1 (MALAT-1) as a long non-coding RNA known to be misregulated in many people who are detected with cancer. Our earlier studies found that MALAT-1 plays a pivotal role in colorectal cancer (CRC) metastasis. In this study, we analyzed the MALAT-1 gene in five fragments. We employed the sequencing process to identify MALAT-1 mutations in the following types of samples: CRC cells (SW620, SW480), normal colorectal tissues, and primary CRC tissues. We were successful in detecting the following mutations: fragment 5434 nt-6951 nt of the MALAT-1 was mutated in SW620 cells, while fragments 5434 nt-6951 nt and 6918 nt-8441 nt of MALAT-1 were mutated in SW480 cancer cells and primary CRC tissues. We over-expressed five fragments of MALAT-1 in the CRC cell line SW480; simultaneously ensuring that MALAT-1 had low expression. Our data illustrated that one of the 5 fragments (6918 nt-8441 nt) located at the 3' end of MALAT-1 plays a pivotal role in the biological processes of cell proliferation, migration and invasion. Based on these observations, we can infer that the 3' end of MALAT-1 is an important biological motif in the invasion and metastasis of CRC cells. We have successfully presented the first evidence that mutations were found on the long non-coding RNA MALAT-1 in CRC. Moreover, long non-coding RNA MALAT-1 has an important biological motif located at the 3' end of MALAT-1 (6918 nt-8441 nt) in CRC. Our study gives a new direction to research primarily focused on exploring the molecular mechanisms occurring during the invasion and metastasis of CRC. 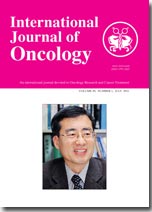