Cdc42, a Rho GTPase family member, is involved in cell transformation, proliferation, survival, invasion and metastasis of human cancer cells. Overexpression of Cdc42 has been reported in several types of human cancer. However, the underlying mechanisms are not well understood. The present study showed that Cdc42 was overexpressed in 80 of 110 primary lung cancer patients, and overexpression of Cdc42 was significantly associated with high TNM stage and lymph node metastasis. Moreover, RNAi-mediated suppression of Cdc42 expression reduced actin ﬁlopodia formation, migration and invasion potential of a highly metastatic lung cancer cell line, 801D. In parallel, 801D cells were treated with curcumin and the effect on the expression of the Cdc42 gene at the transcriptional and translational levels was analyzed by RT-PCR and Western blotting. Curcumin inhibited cell migration, invasion and downregulated Cdc42 gene and Cdc42-related target gene expression in 801D cells. It also induced rearrangements of the actin cytoskeleton. These effects mimicked those of Cdc42 knockdown. Furthermore, xenograft experiments confirmed the suppression of tumor growth and invasion in vivo, which was due to the effect of curcumin and the inhibition of Cdc42 by curcumin. Our results showing the downregulation of Cdc42 expression by curcumin in lung cancer cells taken together with the clinical data suggest a potential therapeutic role for curcumin in inducing Cdc42-mediated inhibition of invasion of lung cancer cells. 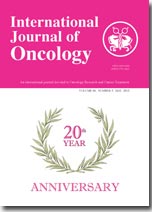