Neuroblastoma is a neural crest-derived tumor that is the most common extracranial pediatric malignancy. The tumor accounts for 7–10% of all childhood cancers and is the cause of ∼15% of cancer deaths in children. The clinical behavior of neuroblastoma is highly variable. Nearly 50% of the tumors exhibit very aggressive behavior. These tumors are classified as high-risk neuroblastoma and are characterized by widespread tumor dissemination, late relapse and poor long-term survival (1). The other half of tumors is treatable by surgical resection and/or low dose chemotherapy. In some cases, the patients are simply observed without a therapeutic intervention. We have shown that high-level expression of certain genes, termed favorable neuroblastoma genes, is associated with the favorable subset of patients with a good disease outcome (2). In addition, when ectopically expressed in unfavorable neuroblastoma cell lines, the favorable neuroblastoma genes confer growth suppression. MYCN amplification is detected in ∼20% of all neuroblastoma cases and is significantly associated with advanced stage disease, rapid tumor progression and shorter survival (3). Notably, neuroblastoma was the first human malignant tumor in which amplification of a proto-oncogene was found in primary tumor specimens (4).

An MTS (3-(4,5-dimethylthiazol-2-yl)-5-(3-carboxymethoxyphenyl)-2-(4-sulfophenyl)-2H-tetrazolium, inner salt) assay (a water soluble form of the MTT assay) was performed as described in our previous study (2). S(+)-ibuprofen was purchased from LKT Laboratories (St. Paul, MN, USA). The stock solution was made at 0.5 M as sodium salt in H2O, filter-sterilized and stored at −20°C.

Western blotting was performed as previously described (8,9). Light emission signals were captured by a LAS-3000 (Fujifilm) digital image analyzer. Cell extracts were made in 2D gel sample buffer (9 M urea, 2% Nonidet-P40, 2% 2-mercaptoethanol and 0.32% of pH 3.0–10.0 2D Pharmalyte) and the protein content of the samples was determined by the Bio-Rad protein assay kit using bovine serum albumin as a standard and the sample buffer as the blank. Antibodies used to detect proteins of interest are described in the figure legends.

RNAs were isolated from neuroblastoma cell lines using the Qiagen RNeasy kit. Total RNA (2 μg) was used to synthesize cDNA. The experimental procedures for the reverse transcription were performed as previously described (13). The quantitative real-time PCR was done using an iQ5 real-time PCR machine (Bio-Rad). TaqMan probes were purchased from Applied Biosystems, Inc. and the multiplex qPCR mix (QuantiTect Multiplex PCR kit) was purchased from Qiagen. Relative quantification of expression levels of genes of interest was done by the ΔΔCt method (14) using the expression of 18S ribosomal RNA as an internal control. The experimental procedures were performed according to the instructions provided by Qiagen and Bio-Rad.

SKNAS cells were treated with 1 mM S(+)-ibuprofen for 3 days. The S(+)-ibuprofen-treated or non-treated control cells were harvested and subjected to gene expression profiling analysis. Total RNAs were isolated from the control or treated cells using an RNeasy Kit (Qiagen). cRNA targets were prepared from 1 μg of total RNA using the MessageAmp Premier III kit from Ambion. Fragmented target (15 μg) was hybridized to U133 plus V2 chips at 45°C at 60 rpm for 16 h and the chips were washed according to the manufacturer’s instructions. Chips were scanned and the data were collected using the Affymetrix Command Console software. The microarray hybridizations were performed in triplicate both for the untreated control and the S(+)-ibuprofen-treated cells. CEL files generated by Command Console were used for subsequent data extraction and analysis using Partek Genomics Suite (v. 6.6). Data were extracted using GCRMA (15) and differentially expressed genes determined using ANOVA under default Partek settings. The gene list for pathway analysis was generated using a 2-fold cutoff and a 0.05 p-value adjusted for false discovery rate (FDR).

Ingenuity pathway analysis (IPA) was used to build knowledge-based networks (Ingenuity Systems, Redwood City, CA, USA). Matrices were generated with fold-change and p-value for each of the comparisons. Identifiers for the Affymetrix probe sets were uploaded into IPA and these were mapped to the corresponding genes. These genes were overlaid onto the global molecular network developed from information contained in the Ingenuity Pathways Knowledge Base. Networks of the genes in the data set were then algorithmically generated based on their connectivity. These networks were scored based on the number of molecules included in the networks, with the score corresponding to the negative logarithm of the p-value corresponding to the presence of these molecules in the network by chance.

Our previous study indicated that elevated p53 expression has a suppressive effect on MYCN expression in MYCN-amplified neuroblastoma cells (8). We thus investigated whether this was also the case in the S(+)-ibuprofen-treated cells. The SKNBE(2)C and SKNAS cell lines were not included in this experiment because these cell lines harbor TP53 mutations (11,12). As shown in Fig. 2A, S(+)-ibuprofen at the concentration of 0.5 mM increased p53 expression in all cell lines in a time-dependent manner.

To gain further insight into mechanisms by which S(+)-ibuprofen suppresses aggressive neuroblastoma cell growth, we performed gene expression profiling and Ingenuity pathway analysis using SKNAS cells. SKNAS is a TP53-mutated neuroblastoma cell line, expresses high levels of MYC and is highly tumorigenic in mouse xenograft assays (19). In spite of these malignant features, our data showed that S(+)-ibuprofen exhibited its efficacy against SKNAS cells. To explore additional mechanisms of S(+)-ibuprofen action on malignant neuroblastoma cells, SKNAS cells were treated with S(+)-ibuprofen at 1 mM for three days and gene expression profiling was done and compared to that of the control untreated cells. Affymetrix U133 plus V2 chips represent >47,000 transcripts. Of those, we found 754 genes were upregulated and 1008 genes were downregulated in S(+)-ibuprofen-treated SKNAS cells compared to the non-treated control cells, using the threshold values of >2-fold change and FDR-adjusted p-value of <0.05.

Ingenuity pathway analysis (IPA) was next performed to identify correlations between the genes significantly changed in expression and the functional networks in the IPA database. The functional networks identified were then ranked by score. Table I shows the scores of the top 10 networks affected by the S(+)-ibuprofen treatment in SKNAS cells along with the top functions associated with each. The biological functions include cell cycle, cellular assembly and organization, DNA replication, recombination and repair, cellular growth and proliferation, cell death and survival, cell signaling, cardiovascular system development and function, hereditary disorder, embryonic development, gene expression, cell morphology, cellular movement, cellular function and maintenance and cellular compromise. Fig. 4 shows the genes included in the top 10 Functional networks and the directional response (up or down) to the S(+)-ibuprofen treatment.

S(+)-ibuprofen, also known as Dexibuprofen, is the active stereoisomer of ibuprofen racemate and it is shown to be equally efficacious to Diclofenac as an NSAID (20). It has been shown that neuroblastoma cell lines and primary tumor specimens express COX-2 and that COX inhibitors, Diclofenac and Celecoxib exhibit a growth suppressive effect on neuroblastoma cells. As mentioned above, several observations suggest that the growth suppressive effect of COX inhibitors in neuroblastoma involves other mechanisms than the inhibition of COX enzymes.

We have also shown that S(+)-ibuprofen was growth suppressive to neuroblastoma cell lines with a TP53 mutation, though the efficacy was less compared to those with no TP53 mutation. Gene expression profiling and Ingenuity pathway analyses using the TP53 mutated-SKNAS cell line reveals that S(+)-ibuprofen suppresses biological pathways associated with cell growth/cell cycle progression and conversely augments pathways associated with cell cycle arrest and the UPR. Notably, the expression of several genes associated with UPR found in human B cells (10) was augmented significantly in S(+)-ibuprofen-treated SKNAS cells compared to the non-treated control cells.

UPR is known to induce conformational changes and oligomerization of the proapoptotic proteins Bax and Bak localized on the ER membrane. These changes lead to the creation of pores in the ER membrane, allowing Ca2+ mobilization from ER to the cytosol (27,28). Consequently, Ca2+ released from the ER activate calpains. The activated calpains then activate caspase 12 to mediate apoptosis. Calpain has also been shown to cleave MYC family proteins, giving rise to MYC fragments, called MYC-Nicks (29,30). Although calpain cleavage of Myc is constitutive, the cleavage is enhanced under conditions that require rapid downregulation of Myc levels (29,30). One of the mechanisms by which MYC and MYCN are destabilized in S(+)-ibuprofen-treated neuroblastoma cells may be due to the augmented activation of calpains in response to UPR.

It has been reported that some NSAIDs induce the UPR or ER stress response in gastric mucosal cells, leading to death of the cells in vitro (31). It is thus possible that one of the biological pathways to exhibit the growth suppressive effect of S(+)-ibuprofen on neuroblastoma cells includes the UPR. It is also found that several genes encoding histone demethylases (KDM3A, KDM4A, KDM5A, KDM6B and KDM7A/JHDM1D) were upregulated in S(+)-ibuprofen-treated SKNAS cells. It is of interest to note that among these genes, KDM6B is also an ATF4 target gene (32). S(+)-ibuprofen can thus change the epigenetic status of the cells and modulates transcriptional activity. It remains to be seen whether the UPR itself has any direct effect on the epigenetic status of the cells.

Collectively, this study suggests that S(+)-ibuprofen can reduce the malignancy of unfavorable neuroblastoma cells by modulating the expression of MYC, MYCN, AKT and p53, by changing the gene expression profile towards a less aggressive phenotype and by inducing UPR, which may link to destabilization of MYC and MYCN. Hence, S(+)-ibuprofen or its related compounds may have the potential for therapeutic and/or palliative use for unfavorable neuroblastoma. 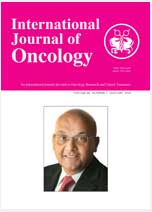