RAS mutations are uncommon in multiple myeloma and other monoclonal gammopathies

Monoclonal gammopathies are a group of diseases characterised by the proliferation of a single clone of plasma cells that produce a homogeneous monoclonal protein (M protein or myeloma protein) that consist of two heavy polypeptide chains of the same class and subclass and two light polypeptide chains of the same type. Multiple myeloma (MM) and monoclonal gammopathy of undetermined significance (MGUS) are the most common monoclonal gammopathies. Despite advances in systemic and supportive therapies, MM is an incurable hematological malignancy with a median survival of between two and three years. Point mutations in the Ras genes can be detected in a variety of human malignancies, indicating that ras activation represents a widespread oncogenic event. Several studies have analysed the incidence of Ras mutation in MM and MGUS with great differences in their results. To date, the etiopathogenesis of these diseases is still unknown and the relevance of Ras mutation to the clinical and biological behaviour of monoclonal gammopathies remains to be elucidated. In this study, we have analysed K-ras codon 12 and N-ras codon 61 mutations on anti-CD138 sorted bone marrow plasma cell samples of 44 cases of monoclonal gammopathies: 30 MM, 13 MGUS and 1 plasma cell leukaemia, using polymerase chain reaction. No mutations within either codon 12 of K-ras or codon 61 of N-ras have been found in any of the samples. These results indicate that Ras mutations do not play a significant role in the pathogenesis of MM in the Spanish population. 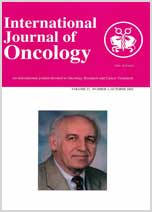