Hyperthermia is currently receiving widespread attention when associated with other therapeutic modalities, such as irradiation or chemotherapy, in the treatment of cancer. The occurrence of resistance to cytotoxic pharmacological agents in tumor cells, associated with several phenotypic alterations, is one of the major obstacles to successful anticancer chemotherapy. We investigated a new strategy to overcome multidrug resistance (MDR) cancer cells, using bovine serum amine oxidase (BSAO), which forms toxic products from spermine (H2O2 and aldehydes). The cytotoxicity of the products was evaluated in drug-sensitive (LoVo WT) and multidrug-resistant (LoVo DX) colon adenocarcinoma cells at 37 and 42°C, using a clonogenic cell survival assay. Cytotoxicity was considerably enhanced at 42°C. Both toxic species contributed to the thermal enhancement of cytotoxicity induced by BSAO and spermine. Cytotoxicity was eliminated in the presence of catalase and aldehyde dehydrogenase (ALDH). An interesting finding was that BSAO and spermine at <1 µM, which were non toxic at 37°C, became cytotoxic at 42°C and resemble thermosensitizers. Cell survival results and electron microscopy investigations suggest that, at 42°C, LoVo DX cells are not resistant to the cytotoxic enzymatic oxidation products of spermine, as was already demonstrated in these cells at 37°C. Moreover, microscopy modifications caused by both toxic products were more pronounced in LoVo DX than in LoVo WT cells, where morphological cytoplasmatic alterations were shown. Our findings suggest that hyperthermia combined with the enzymatic toxic oxidation products of spermine might be a promising anticancer strategy, mainly against MDR tumor cells. 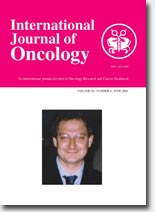