Cell synchrony was induced in AGF cells by blocking of the cell cycle at GI-S boundary with high concentrations (2 mM) of thymidine for 11 h. Prolonged arrest of cells in GI-S (15 h-20 h) induced progressive and time dependent apoptosis. Early morphological changes in cellular and nuclear morphology (blebbing) were monitored by Transmission Electron Microscopy (TEM), Scanning Electron Microscopy (SEM) and by staining of nuclei with Hoechst and propidium iodide and stained cells viewed by fluorescence and confocal microscopy. The fluctuations in the levels of the proliferation cell nuclear antigen (PCNA), cyclin A, CDC-2, c-myc and p53 proteins were monitored in synchronized cultures and in cells undergoing apoptosis by immunofluorescence staining and flow cytometry. As expected, the levels of cyclin A and PCNA increased during the S phase and the level of CDC-2 decreased during late S/G2. Similarly, the level of c-myc increased during the S phase, whereas the level of p53 did not change much during S phase. Most importantly, however, the level of staining for c-myc, p53, cyclin A, CDC-2 and PCNA increased markedly during apoptosis. In contrast, the level of actin vimentin and tubulin, although increased during S phase, were markedly decreased during apoptosis. AGF cells stained for c-myc during apoptosis, and viewed by confocal microscopy, revealed increased staining for c-myc in the blebbing nuclei. These results, taken together, suggest a possible active role for c-myc in the process of nuclear blebbing and apoptosis. 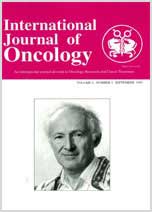