PLAG1, the prototype of the PLAG gene family: Versatility in tumour development (Review)

Recent studies of human tumours as well as genetically engineered mouse tumour models have established the importance and versatility of the PLAG1 oncogene in tumourigenesis. The PLAG1 proto-oncogene was discovered by studying the t(3;8)(p21;q12) chromosome translocation, which frequently occurs in human pleomorphic adenomas of the salivary glands. PLAG1 encodes a developmentally regulated, SUMOylated and phosphorylated zinc finger transcription factor, recognizes a specific bipartite DNA consensus sequence regulating expression of a spectrum of target genes, and has two structurally related family members, i.e. the PLAGL1 and PLAGL2 gene. Ectopic PLAG1 overexpression, in many cases due to promoter swapping, causes deregulation of expression of a variety of PLAG1 target genes. This was established by microarray analysis, which indicated that the oncogenic capability of PLAG1 is mediated, at least partly, by the IGF-II mitogenic signaling pathway. Oncogenic activation of PLAG1 is also a crucial event in other human tumours, including lipoblastoma, hepatoblastoma, and AML. The oncogenic potential of PLAG1 has been confirmed in in vitro experiments, which also established IGF-II and IGF-IR as key pathway elements, similarly as in many human tumours. Furthermore, generation of conditional PLAG1 transgenic mouse strains revealed tumour development in a variety of targeted tissues, establishing the versatility of the PLAG1 oncogene and pointing towards a window of opportunity for therapeutic intervention studies. In contrast to the pleiotropic oncogenic potential of PLAG1, its family member PLAGL1, which is localized in an imprinted region on chromosome 6q24-25, is defined by various studies as a tumour-suppressor gene. Finally, the PLAGL2 family member is not only structurally but also functionally more closely related to PLAG1 and has recently also been implicated in AML, both in humans and in genetically modified mice. Collectively, these observations emphasize a more general importance of the PLAG1 gene in tumour development. In light of the fact that IGF-IR is implicated in many human tumours, the diversity in PLAG1-induced mouse tumour models, most of which seem to involve Igf2 signaling, provides useful in vivo platforms to start testing the effects of inhibitors, such as Igf-1r inhibitors, on tumour development in distinct tissues or organ types. 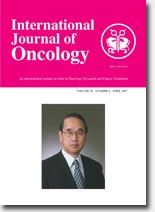