Androgen receptor (AR) signalling plays a pivotal role in prostate cancer pathogenesis and progression. However, androgen-mediated AR signalling is yet to be fully understood. EGFR and MAP kinase signalling pathways play predominant roles in AR function. Therefore, we investigated the interaction of EGFR signalling and AR activity in AR-positive LNCaP cells. We found that 5α-dihydrotestosterone (DHT) and EGF had a synergistic effect on AR activity as detected by a luciferase reporter system, although EGF alone did not activate AR. Both ERK1/2 and p38 were involved in DHT and DHT/EGF-induced AR activation as detected by specific MEK and p38 inhibitors. Furthermore, 24-h treatment of the cells with DHT resulted in ubiquitination and down-regulation of the EGFR. This effect could be inhibited by the anti-androgen flutamide, suggesting an androgen-dependent mechanism. On the other hand, DHT-treatment strongly increased AR levels in LNCaP cells. These data suggest a complex regulatory loop between activated AR and EGFR. In conclusion, activation of AR by both DHT and EGF/DHT involves the MAP kinase pathway. Long-term activation of AR results in increase of AR levels, which through so far unknown regulatory mechanisms results in ubiquitination and degradation of the EGFR. 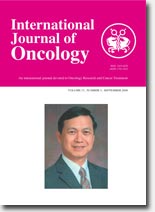