Both estrogen, through the estrogen receptor (ER), and growth factors, through the phosphatidylinositol-3-kinase (PI3K)-AKT pathway, have been shown to independently promote cell survival. Here, we investigated the role of ER/PI3K-AKT crosstalk in the regulation of cell survival in MCF-7 breast carcinoma cells. The ER inhibitor ICI 182,780 was used to determine the requirement of the ER for estrogen in the suppression of tumor necrosis factor-α (TNFα) induced apoptosis. Gene reporter assays and Western blot analyses were used to determine the involvement of the pro-survival factor Bcl-2 and the coactivator GRIP1 in this survival crosstalk. We demonstrated that an intact ER signaling pathway was required for estrogen to suppress apoptosis induced by TNFα. Our gene reporter assays revealed that ERα, not ERβ, was targeted by AKT, resulting in transcriptional potentiation of the full-length Bcl-2 promoter, ultimately leading to increased Bcl-2 protein levels. AKT targeted both activation function (AF) domains of the ERα for maximal induction of Bcl-2 reporter activity, although the AF-II domain was predominately targeted. In addition, AKT also caused an upregulation of GRIP1 protein levels. Finally, AKT and GRIP1 cooperated to increase Bcl-2 protein expression to a greater level than either factor alone. Collectively, our study suggests a role for ER/PI3K-AKT crosstalk in cell survival and documents the ability of AKT to regulate Bcl-2 expression via differential activation of ERα and ERβ as well as regulation of GRIP1. 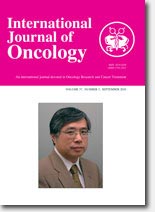