Single‑incision laparoscopy is accepted as a safe alternative to multiple port laparoscopy for elective cholecystectomy; however, there are limited data on its use in patients with acute cholecystitis. The present multi‑center study evaluated the outcomes of emergency single‑incision surgeries for acute cholecystitis in hospitals in Belgium, Jamaica, and Trinidad and Tobago over a 5‑year period. Standardized definitions of uncomplicated and complicated acute cholecystitis were used and the data were compared using SPSS software. The results revealed that over the 5‑year period, 108 patients with a mean age of 48±15 years and a mean body mass index of 27±4.2 kg/m2 underwent emergency single‑incision cholecystectomies. The surgeries were successful in 92.1% of cases without supplemental trocars being used. The overall morbidity rates (9.3%) were also comparable to the historic controls with multiple port cholecystectomy. As was expected, the complicated cholecystitis group required a significantly longer operating time (86.11±30.16 vs. 66.79±16.8; P<0.00194), as well as supplemental trocars (7.9%) vs. 0; P=0.0413). On the whole, the present study demonstrates that emergency single‑incision cholecystectomy is a technically feasible and safe procedure for patients with acute cholecystitis. These findings advocate a low threshold to place additional ports to assist with dissection and exposure.

Early in the 21st century, sufficient evidence supported elective single-incision laparoscopic cholecystectomy as a safe alternative to conventional laparoscopy using multiple trocar sites (1-8). In elective cases, there is no inflammation and tissue planes are easy to dissect.

There are limited data available on the outcomes of emergency single-incision laparoscopic cholecystectomies in the face of active gallbladder inflammation and/or infection (6-8). Thus, the present study aimed to evaluate the outcomes of patients undergoing this procedure.

After securing institutional review board approval by the University of the West Indies (ECP 115/2011/12), the present study carried out a retrospective audit of operating room records at the International School of Reduced Scar Laparoscopy in Brussels, Belgium, West Shore Medical hospital in Port of Spain, Trinidad and Tobago and the University Hospital of the West Indies in Kingston, Jamaica. All patients who underwent single-incision cholecystectomy over a 5-year period from March 1, 2017 and March 30, 2022 were identified. Patients who had received cholecystectomy and laparoscopy with multiple trocar sites were excluded from the study. Patients who had received elective cholecystectomies and cholecystectomies for any other diagnoses were also excluded.

The inclusion criteria were as follows: Patients >18 years of age with acute cholecystitis confirmed on an ultrasound and those undergoing emergency surgeries during the same admission period. A single-incision cholecystectomy was defined as the passage of all laparoscopic instruments across one umbilical incision. An additional port placed outside the umbilical incision was defined as a supplemental trocar and when the surgeon decided to perform an open cholecystectomy, it was considered an open conversion.

In the present study, uncomplicated acute cholecystitis was defined as one in which there were suggestive clinical findings plus at least two sonographic findings (distended gallbladder, >50 ml; pericholecystic fluid; wall thickening, >4 mm; and/or sonographic Murphy's sign) and histological findings of gallbladder distention, mural edema and transmural leukocyte infiltration. Complicated acute cholecystitis was defined as the presence of operative or histopathological findings of gallbladder ulceration, fibrous exudation, phlegmon, necrosis, perforation and/or empyema (9).

The clinical records for all patients who had emergency single-incision cholecystectomy for acute cholecystitis were retrieved and evaluated in detail. The following details were analyzed: Operative details, access platforms, supplemental trocar use, open conversions and post-operative complications. Post-operative complications were graded using the standardized Clavien-Dindo classification system (https://www.assessurgery.com/clavien-dindo-classification/).

Data were analyzed using SPSS 12.0 software (SPSS, Inc.). The Mann-Whitney U test was used as a non-parametric test to compare independent continuous variables for the duration of hospitalization and surgery, and the amount of blood loss. Categorical data for morbidity, mortality and conversions were compared using Fisher's exact tests. A P-value <0.05 was considered to indicate a statistically significant difference.

There were no specialized access platforms used and all surgeries were completed using a 30˚ scope with curved DAPRI® instruments (Karl Storz SE & Co. Η KG) with a previously described technique without working ports (10). Procedures performed by two advanced laparoscopic surgeons were included in this series; thus, the individual techniques differed slightly, although in all cases, the critical view of safety was demonstrated prior to cystic artery and duct transection. Prior to transection, the cystic duct was secured using clips (83 patients), endoloops (24 patients) or sutures (1 patients) and the cystic artery was secured with clips (73 patients), endoloops (2 patients) or a LigaSure (Medtronic Ltd.) energy device (33 patients).

There were 70 patients in the uncomplicated cholecystitis subgroup. The mean duration of the surgery was 66.79 min (range, 31-106 min; median, 70; SD ±16.8) and the mean estimated blood loss was 85.93 ml (range, 0-800 ml; median, 35, SD ±144.14). There were two grade I complications in this group: One patient had bleeding from a slipped clip on the cystic artery that was controlled using a LigaSure. The other had bleeding from the liver bed after a laparoscopic instrument inadvertently punctured the visceral surface of the liver. This was controlled with compression and cautery.

There were 38 patients in the complicated cholecystitis subgroup with phlegmonous cholecystitis (16 patients), gallbladder empyema (10 patients), gangrenous cholecystitis (6 patients) and gallbladder perforations (6 patients). In this subgroup, supplemental trocars were used in 3 patients to assist with dissection and there were conversions to open surgery. The mean duration of the surgery was 86.11 min (range, 33-154 min; median, 83.5; SD ±30.16) and the mean blood loss was 55.66 ml (range, 10-300; median, 30; SD ±66.73). There were eight complications in this group. Two patients suffered major complications (grade III): One patient had dense peri-hepatic adhesions that limited cephalad retraction of the gallbladder. In an attempt to dissect the adhesions, the electrocautery hook contacted the diaphragm resulting in a diaphragmatic laceration. An additional port was required to assist with suture repair and the patient recovered uneventfully. A thoracostomy tube was not required. The second patient had a minor bile leak from an accessory bile duct detected intra-operatively. This required the placement of a surgical drain and the bile leak subsided without further intervention. The remaining complications were mild (grade II) complications: One urinary tract infection and four superficial surgical site infections that were treated with antibiotics. One patient had bleeding from the hepatic bed that settled with the use of cautery.

Comparison of the outcomes of single-incision laparoscopic cholecystectomy in patients with uncomplicated and complicated acute cholecystitis.

Elective single-incision cholecystectomy is well accepted as a safe alternative for patients with benign gallbladder disease. This is supported by six published randomized controlled trials (1-6) and two meta-analyses comparing single incision and multiple trocar laparoscopic cholecystectomy (7,8). Collectively, these data have demonstrated that single-incision cholecystectomy leads to a significantly greater patient satisfaction (1,6), an improved quality of life (2), better cosmesis (1-8) and reduced post-operative pain scores (8) without increasing morbidity (7). In these elective cases, the tissue planes are relatively easy to discern and dissect as there is no inflammation or edema present.

In the present study, it was demonstrated that single-incision cholecystectomy is feasible without supplementary trocars in 97.2% of patients with acute cholecystitis, comparable to existing reports (11,14). As was expected, a significantly greater number of supplemental trocar insertions were required in patients with complicated acute cholecystitis. This was similar to the findings in the study by Chuang et al (11), in which conversions were more common in complicated cholecystitis (34.8 vs. 17.9%). That is not surprising, since these surgeries are technically more difficult as mural edema makes grasping the gallbladder difficult, friable tissues bleed during handling to obscure dissection planes and acute inflammation at Calot's triangle reduces visibility of the cystic duct and artery. These challenges would also be present during conventional cholecystectomy for acute cholecystitis (12).

For similar reasons, it was not surprising that the overall complication rates in the present study were significantly higher in patients with complicated acute cholecystitis. There was one avoidable major complication that occurred during an operation by the first author and it was due to a technical error where the active cautery hook inadvertently contacted the diaphragm to create an injury. This occurred when there was sudden movement as the cautery hook clashed with the platform of the optical port. In retrospect, the injury could have been avoided by limiting cautery activation, using short bursts of energy instead. The second major complication was addressed by leaving a surgical drain at the hepatic bed. The remaining complications were minor and easily addressed without significant consequences. Generally, the 9.3% overall morbidity rate compared well with existing reports in the medical literature that report complications in 4% (14) to 9.7% (11) of patients undergoing single-incision cholecystectomies for acute cholecystitis. Of note, the overall morbidity rate also compared well with prior reports from the General Hospital in Port of Spain, Trinidad and Tobago where 8.1% of patients experienced a complication during multiple trocar laparoscopic cholecystectomies in patients with acute cholecystitis (15), further attesting to the safety of the single incision approach for patients with acute cholecystitis.

In the present study, the mean operating time (73.6 min) compared favorably to reports in the literature that ranged from 87.4 min (14) to 101 min (11). It was expected that the patients with complicated acute cholecystitis required a significantly longer duration of surgery (86.11 vs. 66.79 min). Similar findings were reported in the study by Chuang et al (11) with longer operating times for complicated acute cholecystitis (119.8 vs. 100.9 min). More importantly, this compared well to published reports from our institution, The General Hospital in Port of Spain, Trinidad & Tobago, where 99±45 min mean operating time were required to complete multiple trocar operations for patients with acute cholecystitis (12). A longer operating time has been one of the main criticisms of single incision cholecystectomy from conventional laparoscopic surgeons (13).

It is known that single-incision cholecystectomy is technically challenging due to the laparoscopic view parallel to working instruments, frequent instrument collisions and reduced triangulation. Using this approach for patients with acute cholecystitis adds an extra dimension of difficulty due to the challenging dissection planes. Therefore, these findings advocate a low threshold to place supplemental trocars when the surgeon considers that it may assist with exposure or dissection. The supplemental trocar should be positioned to allow the surgeon to have maximal maneuverability, depending on his/her reason for conversion.

In conclusion, emergency single-incision cholecystectomy is a feasible and safe procedure for patients with acute cholecystitis, although these findings advocate a low threshold to place additional ports to assist with dissection and exposure.

SOC and GD conceptualized the study, collected the data, carried out the statistical analyses and wrote the manuscript. SOC and GD confirm the authenticity of all the raw data. Both authors have read and approved the final manuscript.

The present retrospective clinical audit was approved by the by the University of the West Indies (ECP 115/2011/12). Individual patient consent was not required as this was a retrospective audit. 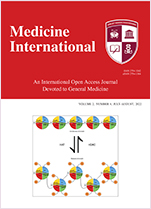