Prenatal androgens have important organizing effects on the development and future behavior of the brain. The second-to-fourth digit length ratio (2D:4D) has been proposed as a marker of these prenatal androgen effects, with a relatively longer fourth finger indicating higher prenatal androgen exposure. 2D:4D has been shown to predict the success of men who play sports and of financial traders. However, to date little is known regarding the effects of prenatal androgens on academic performance, for example, admission to and success in a highly competitive university system such as the state-run Italian medical schools. Here, we report the findings of a study conducted at the University of Catania Medical School, Italy, in which the 2D:4D ratio was sampled in a group of 48 male students. The 2D:4D ratios were found to be correlated with the performance of the students on the admission test to the medical school, their salivary testosterone levels and their aggressiveness; however, no correlation was observed with the mean score on exams during the course of study. Our results suggest that pre and/or postnatal androgens increase performance in situations that require prompt decision-making and the ability to take risks, but do not influence performance when a more analytical and planned approach is called for. 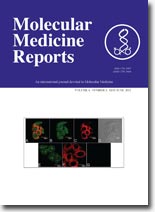