Despite advances in diagnostics and intensive care treatment, morbidity and mortality remain considerably high in septic patients (1,2). A dysregulated systemic inflammatory response is one of the main characteristics associated with sepsis (3). Previous studies attempted to inhibit inflammatory pathways via various methods, including ciglitazone, lipid-rich nutrition and C1-esterase inhibitors. However, none of these drugs have been shown to effectively reduce the mortality rate (4–6). Therefore, the discovery of novel biomarkers and therapeutic targets involved in the pathophysiology of sepsis is in high demand by patients and caregivers.

Melatonin, synthesized by the pineal gland, is a key molecule of the central ‘master’ clock, which controls circadian rhythmicity (7). The plasma melatonin level has been shown to vary according to the circadian cycle. In healthy humans, melatonin secretion occurs almost exclusively during night hours starting between 9:00 p.m. and 11:00 p.m., reaching peak serum levels between 1:00 a.m. and 3:00 a.m., and then falling to low baseline values between 7:00 a.m. and 9:00 a.m. (8). Previous studies have shown that melatonin regulates immune function and inflammatory response, as well as possesses indirect antioxidant activity (9,10). In intensive care unit (ICU) patients, the normal cyclic change between daytime and sleep during the night is disturbed, particularly if continuous application of ataractic and other drugs is required. A previous clinical study has also demonstrated that circadian rhythm is disrupted in sedated critically ill patients with severe sepsis (11). Melatonin may ameliorate the sleep pattern of these patients and improve the survival rate (12).

A number of genes, such as Clock, Cry 1-2, Per1-2, Rev-erb and Bmal1, have been shown to participate in the regulation of circadian rhythmicity (13). Oscillations of circadian genes have been identified in many peripheral tissues (14,15). These circadian genes may be meticulously adjusted by a master clock, which is located in the suprachiasmatic nucleus within the brain hypothalamus. The mechanisms by which the ‘master’ clock and the peripheral clocks interact are not completely understood.

A recent clinical trial demonstrated that endotoxin did not affect the melatonin secretion rhythm, but suppressed the expression of peripheral circadian genes in healthy volunteers (16). Previous studies have also shown that the circadian activity of the clocks is modified during periods of systemic inflammation. Tumor necrosis factor α (TNF-α) and interleukin 6 (IL-6), two prominent pro-inflammatory cytokines produced during the acute phase of sepsis, have also been implicated in the regulation of circadian activity (15,17). It has also been shown that the normal periodicity of urinary 6-sulfatoxymelatonin α (αMT6s) excretion (a metabolic product of melatonin) was eliminated and phase amplitudes were much lower in the late stages of severe septic patients compared to non-septic patients (11). Thus, it is possible that melatonin rhythm is also altered in the early stages of sepsis.

In the current study, we investigated the altered circadian rhythm of melatonin and expression of two circadian genes in peripheral blood leukocytes (PBLs) of septic patients during the first 24 h of ICU treatment. Additionally, we assessed the release of two pro-inflammatory cytokines, TNF-α and IL-6, in the serum of septic and non-septic patients.

Written informed consent forms were signed by all patients or, in case of unconsciousness, by their close relatives. The study was approved by the ethical committee of the First Affiliated Hospital of Wenzhou Medical College, Wenzhou, China.

Two groups of ICU patients were enrolled in this study: the septic group was comprised of 11 patients who were diagnosed with sepsis, and the control group consisted of 11 non-septic patients. All patients in the present study were admitted to the First Affliated Hospital of Wenzhou Medical College ICU and subjected to a similar environment, including the light-dark cycle and the same diet. Sepsis was defined as the systemic inflammatory response syndrome (SIRS) resulting from infection according to the American College of Chest Physicians and the Society of Critical Care Medicine Consensus Conference (18). SIRS was manifested by two or more of the following conditions as a result of infection: temperature >38.3°C or <35.6°C; heart rate >90 beats/min; tachypnea >20/min, or hypocapnia (PaCO2 <32 mmHg); WBC >12,000 cells/mm3 or <4,000 cells/mm3, or >10% immature (band) forms (19). In the septic group, four of the 11 septic patients succumbed to disease during their ICU stay, whereas seven patients recovered from sepsis (Table I). Patients with insomnia, mental illness, those engaged in shift work prior to admission to the hospital, or patients receiving β-blockers, melatonin and blocking agents of melatonin were excluded from the study.

Peripheral blood samples were collected in evacuated EDTA glass tubes and Paxgene tubes (Qiagen, Valencia, CA, USA) at 2:00 p.m. on the day of admission to the ICU and every 4 h thereafter, up to 24 h, through an indwelling arterial line. Plasma was obtained after blood samples were centrifuged at 1,400 × g for 5 min and was stored at −80°C for further analysis. The blood in the Paxgene tubes was used for total RNA isolation.

Statistical analysis was performed using SPSS 17.0 (SPSS, Inc., Chicago, IL, USA). Continuous variables are reported as the means ± SD or the median with interquartile range (IQR). Categorical variables were reported as frequencies and percentages. Baseline data between septic and non-septic patients were compared using the Student’s t-test or Chi-square test. Messenger RNA expression levels of circadian genes are presented as the means ± SD, and Student’s t-test was applied for the comparisons. Comparisons between the two groups were performed with the Mann-Whitney U test. P<0.05 was considered to indicate a statistically significant difference.

A total of 22 ICU patients (11 with sepsis and 11 without sepsis) were recruited for this study. Patient characteristics at the time of enrollment are listed in Tables I and II. Baseline data between the two groups were comparable, with the exception of a decreased mean arterial pressure (MAP) and a higher sepsis-related organ failure assessment in patients with sepsis (Table II).

Comparison of baseline data between septic and non-septic ICU patients.

The present study revealed altered circadian rhythm of melatonin secretion in patients with early sepsis, featuring a markedly shifted acrophase. The expression of clock genes Per-2 and Cry-1 was significantly decreased in septic patients. By contrast, plasma levels of the major pro-inflammatory cytokines TNF-α and IL-6 increased in septic patients, reaching a peak at 6:00 p.m., which was consistent with the altered rhythm of melatonin secretion.

Altered sleep-wake rhythm, abnormal oxidative stress and use of drugs may affect the secretion of melatonin. Impaired melatonin secretion has been demonstrated in critically ill patients, including patients with late stage sepsis (12,20). Mundigler et al demonstrated that the secretion of melatonin completely eradicated the natural rhythm of urinary αMT6 excretion in septic patients who had been in the ICU for at least one week (11). Considering the immunomodulatory and antioxidative role of melatonin during sepsis, abnormalities of melatonin secretion at the late stage of sepsis may be more noticeable. However, in the current study, the circadian rhythms of melatonin secretion also occurred in the early stage of sepsis, although its pattern was different. This finding is consistent with a previous study showing that the melatonin rhythms are intact in healthy individuals challenged by endotoxin, a model of very early-stage sepsis (16). These results suggest that abnormalities in melatonin rhythms in early and late sepsis may be induced by separate mechanisms.

Ten circadian clock genes have been identified in peripheral tissues, including Per-1-3, Cry-1 and Cry-2, Clock and Bmal1, which coordinate with the master clock (19). Investigations in mice with genetic alterations in circadian genes revealed an elaborate relationship between the circadian clock and the immune inflammatory response (21). Downregulated circadian gene expression was reported in endotoxin-challenged rats (22) as well as endotoxin-treated healthy volunteers (16). Consistent with these observations, this study demonstrated that the expression of circadian genes (Per-2 and Cry-1) were significantly suppressed in PBLs of septic patients. Notably, this alteration appears to be independent of melatonin rhythm. Previous studies have demonstrated that several of the ten clock genes appeared to follow a similar rhythm in immune cells (22,23). Godin and Buchman proposed that a systemic inflammatory response may cause uncoupling between day and night (24). We also showed that the suppression of peripheral circadian genes was independent of the melatonin rhythm, which provides some clues that there may be a severe misalignment between the central master clock and peripheral circadian clock genes in PBLs of septic patients.

Alteration of melatonin circadian rhythm is a result of multiple factors (20). Certain factors occur in serum during acute systemic inflammation and interact with the master clock; while others, such as exposure to certain environments, sedative drugs, endogenic catecholamines and even specific critical illness, may also interfere with the circadian rhythm (20). We observed that plasma TNF-α and IL-6 levels were significantly increased in septic patients, and peaked at 6:00 p.m., which is the same as the shifted rhythm peak of melatonin. Melatonin exerts many regulatory functions by modulating cellular behavior via binding to specific receptors and intracellular targets (25,26). It is well known that melatonin, as an anti-inflammatory molecule, reduces oxidative tissue injuries by its antioxidant properties and selectively inhibits the late/chronic phases of inflammatory responses (27,28). However, the current study cannot distinguish whether the elevated levels and altered circadian rhythms of pro-inflammatory cytokines TNF-α and IL-6 are the result or the cause of melatonin alternation. Further studies are required to investigate the interaction between melatonin and proinflammatory cytokines such as TNF-α and IL-6.

In conclusion, the present study demonstrated that the circadian rhythm of melatonin secretion was altered in early septic patients, with a markedly shifted peak value. The pro-inflammatory cytokines TNF-α and IL-6 were produced in a similar pattern as melatonin in patients with sepsis, while the expression of circadian genes (Cry-1 and Per-2) in PBLs was eliminated. The findings of the current study provide a novel correlation between melatonin secretion and pro-inflammatory cytokine release in sepsis. Considering its regulatory role in the immune response, melatonin may be a therapeutic target for sepsis. However, in this pilot study, it cannot be inferred from the current data whether the elevated levels and altered circadian rhythms of pro-inflammatory cytokines TNF-α and IL-6 are simply caused by melatonin or if they represent a physiological counteracting mechanism during the early stage of sepsis. Further study is warranted to elucidate the mechanisms of altered circadian rhythm in sepsis. 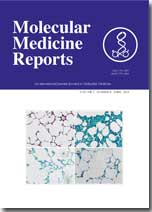