p.N78S and p.R161Q germline mutations of the VHL gene are present in von Hippel-Lindau syndrome in two pedigrees

Von Hippel-Lindau (VHL) disease is an autosomal dominant familial cancer syndrome. VHL is characterized by the development of renal cell carcinoma (RCC), hemangioblastomas of the central nervous system or retina and pheochromocytoma (PCC). RCC and PCC are known to be caused by germline mutations of six and ten genes, respectively. In the present study, 30 individuals from two unrelated pedigrees with type 2A and 2C VHL syndrome were investigated. The patients were clinically examined and treated by radical nephrectomy [or nephron‑sparing surgery (NSS)] and cortical-sparing adrenalectomy (CSA), and all members of the two families underwent genetic screening. Two members from the first family were diagnosed with PCC and RCC, and three individuals from the second family who had only hypertension were diagnosed with PCC. Heterozygous variants of the VHL gene, c.A233G (p.N78S) within exon 1 and c.G482A (p.R161Q) within exon 3, were verified, respectively. Surgery was performed on all the patients, with the exception of an asymptomatic 5-year-old p.N78S male in family 1, in addition to genetic testing and genetic counseling. Further patient follow-up was warranted with regard to blood pressure and health, although normal blood pressure and no local recurrence and distant metastasis of VHL were observed previously. The present study suggests that molecular genetic testing may aid the diagnosis and clinical management of VHL syndrome.

Von Hippel-Lindau (VHL) disease (OMIM 193300) is an autosomal dominant familial cancer syndrome that increases susceptibility to several benign and malignant tumors, including central nervous system (CNS) hemangioblastomas, renal cysts and renal cell carcinoma (RCC), as well as pheochromocytoma (PCC). Additional tumors, such as pancreatic and endolymphatic sac tumors and epididymal and broad ligament cystadenomas, have also been previously described (1–6). VHL syndrome accounts for ~1/3 of patients with CNS hemangioblastoma, >50% of those with retinal angioma, 1% of those with RCC, 50% of those with apparently isolated familial PCC and 11% of those with an apparently sporadic PCC (7–9). VHL is present at a frequency of 1 in 36,000 live births in Eastern England (2,5). Similar to other hereditary syndromes, VHL has its own clinical classification based on genotype-phenotype associations. Based on clinical symptoms, patients with low-risk PCC (<5%) are classified as VHL type 1 and those with high-risk PCC (>60%) as VHL type 2. VHL type 2, according to 7–20% of VHL kindreds, is further subdivided into three hypotypes, 2A (patients with a low risk for RCC), 2B [patients with an increased risk (~70%) for RCC] and 2C (affected members with isolated PCC) (1,2,10).

VHL, the gene responsible for VHL disease, was identified in 1993 (11). It is a pleiotropic tumor suppressor gene located on chromosome 3 (3p25.3) that is widely expressed in fetal and adult tissues (11,12). Several VHL germline mutations have been identified in individuals with VHL disease, as well as somatic mutations in sporadic tumors (5,13–16). VHL type 1 families frequently harbor larger deletions and nonsense mutations in addition to missense variants in the VHL gene, and patients with type 2 disease carry missense mutations almost exclusively (5,10). Up to 96% of patients with PCC have missense mutations (10).

The first VHL case with a germline mutation in China was reported by Huang et al(17) in 2004. In the present study, two frequent VHL germline mutations, c.A233G (p.N78S) and c.G482A (p.R161Q), are described in two families with type 2A and 2C VHL syndrome. Patients underwent surgery and were subsequently followed up.

Two VHL syndrome pedigrees were investigated in this study; family 1, a three-generation pedigree including 6 individuals (Fig. 1A), and family 2, a four-generation pedigree containing 24 individuals (Fig. 1B). The present study was conducted in accordance with the Declaration of Helsinki and was approved by the Ethics Committees of the 117th PLA Hospital and Zhejiang University (Hangzhou, China). Written informed consent was provided by all the subjects in this study.

Clinical presentations of RCC and PCC with VHL mutations.

All five patients (F1-II-1, F1-II-3, F2-II-11, F2-III-4 and F2-III-9) were followed up. Biochemical and imaging examination did not reveal any evidence of recurrence of PCC and RCC and blood pressure returned to normal, with the exception of one case (patient F1-II-1) where left RCC remained evident and the patient agreed to undergo scheduled left NSS at a later stage. Patient F2-III-4 required steroid replacement therapy. However, patients F2-III-4 and F2-III-9 with bilateral tumorectomy or partial adrenalectomy did not develop adrenocortical insufficiency or Addisonian crisis during the period of observation.

Peripheral blood samples were collected for mutation analysis of the RET proto-oncogene and VHL tumor suppressor gene. Genomic DNA was extracted from whole-blood samples using the QIAamp blood kit (Qiagen, Hilden, Germany) according to the manufacturer's instructions. Polymerase chain reaction (PCR) amplification of all exons and the flanking splice junctions of RET and VHL was performed, followed by direct bidirectional DNA sequencing. One hundred unrelated controls with a similar ethnic background were also included in this study.

In family 1 with type 2A VHL syndrome, we identified a heterozygous variant, c.A233G (p.N78S), within exon 1 of the VHL gene in two affected cases and one clinically normal family member (F1-III-1, the proband's 5-year-old son; Fig. 3A). A heterozygous nucleotide substitution within exon 3 of the VHL gene, c.G482A (p.R161Q), was identified in the proband (F2-II-11) and two additional cases (F2-III-4 and F2-III-9) of family 2 with VHL type 2C (Fig. 3B). No mutants of the RET gene were identified in these cases.

VHL disease-related PCC is a tumor of the main sympathetic paraganglion, the adrenal medulla, which is complicated by hypertension. PCC is usually benign, with ~20% malignant cases (18). Molecular genetic studies suggest that ~50% of individuals with apparent familial non-syndromic PCC have VHL germline mutations (18). Previous studies have shown that PCC occurs sporadically or as part of hereditary tumor-predisposition syndromes caused by germline mutations affecting one of the ten following susceptibility genes: VHL, RET, SDHA, SDHB, SDHC, SDHD, SDHAF2, NF1, TMEM127 or MAX (Table II) (1,2,19–27). The majority of familial cases of PCC and 10–20% of sporadic cases carry germline mutations of these genes (4). RCC represents 90–95% of neoplasms arising from the kidney, which is an important cause of death in VHL disease (7). RCC is rare in children and young adults, and occurs in both a nonfamilial and familial form. Hereditary RCC accounts for ~4% of RCC, including the following disorders: VHL disease; hereditary leiomyomatosis related to FH gene mutation; tuberous sclerosis, which results from the germline mutation of TSC1 and TSC2 genes; hereditary papillary renal cell carcinoma (HPRCC), which is associated with MET gene; and the gene responsible for Birt Hogg-Dubé syndrome, which has been reported to be the FLCN gene (Table II) (28–31). In a familial form, RCC occurs at an early age (with the exception of HPRCC) and usually presents bilaterally with a high incidence (7,31). According to a recent study, 20/255 patients (7.8%) with hereditary leiomyomatosis and RCC were reported to have primary adrenal lesions, including 4 patients with bilateral adrenal lesions and 4 with multiple nodules (28). Therefore, in future studies on PCC and RCC patients, targeted regions (all exons of VHL, RET, SDHA, SDHB, SDHC, SDHD, SDHAF2, NF1, TMEM127, MAX, FH, TSC1, TSC2, MET and FLCN) or exome sequencing should be analyzed (32).

Summary of susceptibility genes associated with PCC and RCC.

The VHL gene has been conserved throughout evolution and is found in all multicellular organisms. The two VHL gene products, pVHL, a 30-kDa full-length protein [p30, 213 amino acids, NM_000551.2 (variant 1 mRNA)], and a 19-kDa protein [p19, 160 amino acids, NM_198156.1 (variant 2 mRNA)], suppress tumor formation in nude mice and regulate hypoxia-inducible factor-α (HIF-α) (33,34). pVHL has two domains, the β domain (N-terminal β-sheet domain), which contains a macromolecular binding site, and an α domain (N-terminal α-helical domain), which interacts with elongin C (35). The region between codon 75–82 is located in the β-binding domain of VHL protein; thus, the p.N78S mutation interferes with HIF binding, which results in the excessive transcription of HIF target genes, such as vascular endothelial growth factor (13). Codon 161 is located in the α domain and interacts with elongin C. The mutation in the α domain affects VHL tumor suppressor activity (36,37). Through errors in chromosomal replication during cell division, additional genes or modifying factors may be involved in the genetic basis of VHL (37).

The identification of the VHL tumor suppressor gene facilitates the diagnosis of VHL disease, particularly in patients who do not meet the clinical diagnostic criteria. It also has important implications on the estimation of risk for the development of further tumors in patients and of VHL disease in their relatives. In family 1, a young family member (F1-III-1, 5 years old) did not have an evident clinical phenotype but carried the p.N78S mutation. The identification of the VHL tumor suppressor gene is beneficial for the early prevention and treatment of VHL syndrome. Additionally, the mean age at diagnosis of PCC and RCC in VHL is ~30 and ~40 years, respectively (39,40). However, according to a clinical report, a 2.75-year-old female patient with PCC was found to carry a p.R161Q germline mutation (40). This is the youngest patient with PCC reported to date. For patients in the present study, the age of onset for patient F2-III-9 was 9 years, while the other two patients were 18 and 28 years old when they were diagnosed with PCC. Thus, molecular genetic testing and genetic counseling for patients with PCC and RCC should be performed at an early age. Early diagnosis of VHL would be beneficial, since regular surveillance for tumors and early intervention are suggested to result in better prognosis.

Numerous studies have shown that VHL patients treated with NSS have a high incidence of local recurrence of new primary tumors, but a low risk of distant metastasis. Approximately 25% of VHL patients with more advanced RCC (>3 cm) develop metastatic disease (41,42). Radical bilateral nephrectomy should be performed when RCC >3 cm, and renal transplantation is required. Bilateral PCC is usually treated by CSA (adrenal tumorectomy or partial adrenalectomy). Patients may avoid hormone replacement, but there would be the risk of late recurrence. Total adrenalectomy may be considered as an alternative when there is a high incidence of multiple bilateral adrenal masses and large tumors; however, life-long steroid replacement is required. All the patients should be followed up regularly to aid the identification of the processing adrenocortical insufficiency or Addisonian crisis (3).

In the present study, the p.N78S mutation patient (F1-II-1) with multiple bilateral RCC (1.0 and 1.0 cm) and right PCC (4.1 cm) was subjected to right NSS and right CSA. The left RCCs were observed using imaging and exhibited no marked enlargement, while locoregional recurrence, distant metastasis and/or CNS were not found in two cases (F1-II-1 and F1-II-3) 39 and 6 months after the surgery, respectively. Among the three p.R161Q mutation patients, one (F2-III-9) had a left PCC 8 years after presenting with a right PCC at 9 years of age, one (F2-III-4) had simultaneous bilateral PCC and the other (F2-II-11) only presented with a right PCC at 18 years of age. All of them underwent bilateral or unilateral CSA and adrenocortical function was normal without steroid replacement. Therefore, identification of the underlying mutation not only confirms the diagnosis, but also provides useful information for genetic counseling and subsequent management decision making.

The authors thank all the patients and their families who agreed to participate in this study. This study was supported by the Key Scientific Research Project of Nanjing Military Command, China (09Z038 and 10Z036) and the National 973 Basic Research Program of China (2013CB911300) 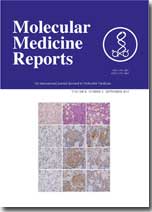