Acute myeloid leukemia (AML) is a hematological malignancy with a low survival rate. Curcumin, which is a multi-targeted anticancer agent, has been shown to exert anti‑oxidant, anti‑inflammatory, anti‑mutagenic and anti‑carcinogenic activities. Naringenin is extracted from citrus fruits and exerts anti‑mutagenic and anti‑carcinogenic activities in various types of cancer cells. However, the effects of curcumin and naringenin in combination in AML cells have yet to be studied. The present study aimed to investigate the combination effects of curcumin and naringenin on the viability, cell cycle distribution and apoptosis rate of THP‑1 cells using cell viability assays, flow cytometry, and western blotting. Naringenin enhanced curcumin‑induced apoptosis and cell viability inhibition. In addition, curcumin and naringenin induced cell cycle arrest at S phase and G2/M phase. Numerous pathways, including p53, c‑Jun N‑terminal kinases (JNK), Akt and extracellular signal‑regulated kinases (ERK)1/2 pathways were markedly altered following treatment of THP‑1 cells with curcumin and naringenin. These results indicated that naringenin may enhance curcumin‑induced apoptosis through inhibiting the Akt and ERK pathways, and promoting the JNK and p53 pathways.

Acute myeloid leukemia (AML) is a hematological malignancy characterized by a clonal disorder of myeloid hematopoietic stem and progenitor cells (1). In AML, the proliferation of malignant hematopoietic cells is dysregulated and normal hematopoietic functions are lost; therefore, numerous patients succumb to AML within a short period. AML is a common type of hematological cancer in adults, which is associated with a low survival rate (2). The main therapeutic strategies used to treat AML include intensive chemotherapy and hematopoietic stem cell transplantation. The majority of patients with AML enter remission following aggressive chemotherapy; however, relapse often occurs in a large number of patients. Therefore, novel and more effective drugs or therapeutic strategies are warranted, in order to improve the treatment and prognosis of patients with AML.

Curcumin, which is extracted from the plant Curcuma longa (3), has numerous biological activities and its use in inflammatory and infectious diseases has been extensively investigated in the past few decades (4). It has previously been reported that curcumin exerts anti-oxidant, anti-inflammatory, anti-mutagenic and anti-carcinogenic activities (5). Furthermore, it has been suggested that curcumin inhibits proliferation and induces apoptosis through the hyper-production of reactive oxygen species (ROS) in solid tumor cells (6), or through an ornithine decarboxylase-dependent pathway in promyelocytic leukemia cells (7). In addition, numerous pathways including the cell survival pathway, caspase activation pathway, protein kinase pathway and death receptor pathway are associated with curcumin-induced modulation of tumor cells (8). The antitumor activity and underlying mechanisms of curcumin have been well investigated in various types of tumor cells, thus suggesting that curcumin may be considered an effective antitumor drug; however, the effects of curcumin on AML cells have yet to be investigated.

Naringenin is a flavonoid that is predominantly extracted from citrus fruits, and exerts anti-mutagenic and anti-carcinogenic activities (9–11). Previous studies have demonstrated that naringenin may inhibit growth and induce apoptosis of hepatocellular and epidermoid carcinoma cells, through ROS generation and cell cycle arrest (12,13). Naringenin and curcumin have exhibited antitumor activity in various types of solid cancer cells (5,6,9,11); however, the antitumor activity of naringenin, and the effects of naringenin in combination with curcumin on AML cells are yet to be elucidated.

The present study aimed to investigate the effects of a combination of naringenin and curcumin on THP-1 monocytic leukemia cells. The results revealed that naringenin enhanced curcumin-induced cell cycle arrest and apoptosis of THP-1 cells, and inhibition of the Akt and p53 pathways may be involved in these actions.

The effects of curcumin, naringenin or a combination of the two on cell viability were determined using the MTT cell viability assay. Briefly, 5×104 cells were plated in a 96-well plate and incubated with the specified drugs at indicated concentrations (25, 50, 100, 200 or 400 μm for naringenin, 20 or 40 μm for curcumin) for 24 or 48 h. Following incubation, MTT solution (0.5 mg/ml) was added and the cells were incubated for a further 3 h. A solution (100 μl) containing 10% sodium dodecyl sulfate (SDS) and 0.01 M HCl was then added to dissolve the crystals. The absorbance was measured using a microplate reader (Bio-Rad Laboratories, Inc., Hercules, CA, USA) at a test wavelength of 570 nm. Cell viability was determined as a percentage of the vehicle control. All cell viability assays were performed in triplicate and repeated in three independent experiments.

Cells treated with curcumin, naringenin or a combination of the two for 48 h were collected, washed with phosphate-buffered saline (PBS), fixed in cold 70% ethanol and incubated at 4°C overnight. The fixed cells (5×105) were subsequently washed with PBS, and incubated with RNase A (100 μg/ml; Beyotime Institute of Biotechnology) and propidium iodide (PI; 50 μg/ml) for 30 min on ice. The DNA content was determined by fluorescence-activated cell sorting using a BD FACSCalibur flow cytometer (BD Biosciences, Franklin Lakes, NJ, USA), and the cell cycle profile was evaluated using FlowJo v10 software (Tree Star, Inc., Ashland, OR, USA).

Following treatment with curcumin, naringenin or a combination of the two for 48 h, the cells were collected and washed twice with PBS. Apoptosis was detected following Annexin-V and PI staining, which was conducted using the Annexin-V-Fluorescein Isothiocyanate Apoptosis Analysis kit (Beyotime Institute of Biotechnology), according to the manufacturer's protocol. Analysis was performed on a flow cytometer (BD Biosciences).

Naringenin and curcumin inhibit Akt and ERK1/2, and promote JNK and p53

The present study investigated the combination effects of curcumin and naringenin on cell viability, cell cycle distribution and apoptosis, and on the activation of numerous pathways in the THP-1 human AML cell line. The results demonstrated that naringenin was able to enhance curcumin-induced apoptosis by altering the activation of Akt, ERK, JNK and p53 pathways. The present study revealed the promising anticancer effects of these two agents in THP-1 cells.

Curcumin is a well-investigated drug, which exerts anticancer effects in various types of cancer, including lung cancer (15,16), gastric carcinoma (17), renal cell carcinoma (18), ovarian cancer (19), liver cancer (20,21), breast cancer (22), AML (23) and acute lymphoblastic leukemia (24). It has previously been reported that curcumin may induce cell cycle arrest at S phase and G2/M phase in breast cancer cells (25), or at G1/S phase in mantle cell lymphoma (14). However, the results of the present study did not detect cell cycle arrest when the THP-1 cells were treated with curcumin alone, and this may be due to the low dose of curcumin (20 μM) used in the present study. Curcumin has been shown to affect the JNK, Akt, AMP-activated protein kinase, ERK, p53, nuclear factor-κB and signal transducer and activator of transcription 3 pathways to modulate growth of tumor cells (8). The present study demonstrated that curcumin was able to increase the expression levels of p53 and the activation of JNK, and could reduce Akt expression and ERK1/2 activation in THP-1 cells.

The anticancer effects of naringenin have been investigated in numerous types of solid cancer, and the results have demonstrated that it may induce tumor growth inhibition and apoptosis of tumor cells (3,13). However, the anticancer effects of naringenin in AML cells have not been fully determined. The results of the present study demonstrated that naringenin was able to inhibit cell growth and induce apoptosis in the THP-1 AML cell line. A previous study reported that naringenin downregulates Akt activation and induces THP-1 cell apoptosis (26). In the present study, naringenin was shown to inhibit Akt expression and ERK1/2 activation in THP-1 cells following treatment with curcumin.

In conclusion, co-treatment with naringenin and curcumin has been demonstrated to exert anticancer effects in THP-1 cells, by inducing cell apoptosis through numerous pathways. Inhibition of Akt and ERK pathways, and promotion of p53 and JNK pathways may be involved in naringenin and curcumin-induced cell apoptosis in AML cells. The results of the present study warrant further investigation to confirm the anti-cancer effects of this treatment combination in vivo. 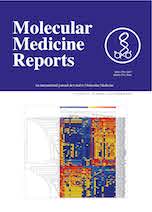