More than 1 million individuals worldwide develop colorectal cancer (CRC) every year (1). CRC is the second most common cause of mortality due to cancer (2), and is a major health problem in the Western world. Although surgery remains the mainstay treatment, the role of chemotherapy in CRC has expanded considerably over the past 10 years. Today, the majority of patients receive chemotherapy with 1 or more agents approved for treatment. Combination chemotherapy regimens consist of 5-fluorouracil (5-FU) and leucovorin (LV) with oxaliplatin or irinotecan. With the administration of molecular targeted agents (i.e., bevacizumab or cetuximab/panitumumab), therapy response rates of 50–80% have been achieved and median survival time (MST) has been prolonged to 20–24 months in metastatic CRC patients (3–7).

A number of treatment options are emerging from a growing database on combination therapy with these agents as well as new types of oral fluoropyrimidines (including capecitabine uracil/tegafur and S-1). The availability of multiple effective agents has also added complexity to decisions on optimal chemotherapy for patients with advanced CRC.

Such findings suggest that the reduction of tumor volume combined with chemotherapy provides a significant survival benefit in incurable metastatic CRC patients compared with chemotherapy alone. Careful assessment of disease status during chemotherapy combined with an aggressive approach to the treatment of CRC metastases may enable surgical cytoreduction. However, clinical decision-making is complex due to the lack of data on optimal applications of chemotherapy. Thus, the aims of this study are to examine the survival impact of tumor volume reduction using secondary surgery or RFA in patients with metastatic CRC who received chemotherapy, and to discuss the optimal use of chemotherapy in multimodality therapy for advanced CRC.

This was a retrospective study of all the patients (208 males and females) at our hospital who received chemotherapy for advanced and recurrent CRC between March 2000 and March 2010. The aim was to assess the optimal use of chemotherapy in reducing tumor volume and prolonging survival when used in combination with secondary surgery or RFA in patients with metastatic CRC.

Inclusion criteria included histologically proven adenocarcinoma of the colon and rectum. We enrolled patients with unresectable primary, synchronous and metachronous metastatic (recurrent) CRC. We excluded those whose initial treatment consisted of simultaneous primary tumor resection and metastasectomy for synchronous metastasis (e.g., lung and liver). In line with hospital policy for the treatment of CRC metastasis with an unresectable primary tumor, we administered 4–5 months of initial chemotherapy. All patients were informed about multimodality therapy using RFA and/or secondary surgery prior to initial chemotherapy. Multimodality therapy was determined by tumor responses to chemotherapy. The institutional ethics committee approved the study, and written informed consent was obtained from all patients.

Over a 10-year period, 208 consecutive patients with CRC received 5-FU-, oxaliplatin- or irinotecan-based triple-drug chemotherapy (FOLFOX or FOLFIRI), with or without bevacizumab or cetuximab. Between 2000 and 2005, Japanese national insurance did not allow for the use of oxaliplatin in the treatment of CRC. Thus, the first-line chemotherapy for advanced CRC was 5-FU-based, with or without irinotecan. For patients with no extrahepatic metastasis but with unresectable liver metastases, we used hepatic arterial infusion chemotherapy with 5-FU to achieve conversion chemotherapy, followed by secondary surgery (15).

Drug approval in Japan occurs much more slowly than in the Western world. Since 2005, our first-line chemotherapy has been FOLFOX or FOLFIRI for advanced or recurrent CRC. Molecular targeted agents (including bevacizumab, cetuximab and panitumumab) were approved for use in 2007, 2008 and 2010, respectively. We have been using first-line bevacizumab with FOLFOX or FOLFIRI, our first-line chemotherapy for advanced or recurrent CRC, since 2007. We have also been using second-or third-line cetuximab with or without irinotecan-based chemotherapy since 2008. To improve the resectability of locally inoperable rectal cancer, we used radiotherapy with concurrent 5-FU-based chemotherapy. Following recovery from complete secondary cytoreduction, patients received 5-FU-based adjuvant chemotherapy. Depending on the performance status (PS) of the patient, we reintroduced those with incomplete cytoreduction to chemotherapy.

We used JMP version 5 (SAS Institute Inc. Cary, NC, USA) to perform statistical analyses. Contingency tables were analyzed using Fisher’s exact test or the χ2 test with Yates’ correction. Associations between continuous variables (interval of cytoreduction, intervening period) and categorical variables (choice of chemotherapy, cytoreductive approach) were evaluated with the Mann-Whitney U Test. Survival curves were constructed according to the Kaplan-Meier method, and differences were analyzed with the log-rank test. P<0.005 was considered to be statistically significant. Variables found to be significant at this level were considered to be eligible for logistic regression.

We performed a retrospective review of 208 patients with unresectable primary, synchronous metastatic and metachronous metastatic (recurrent) CRC treated in our department from March 2000 to March 2010. There were 125 males (60%) and 83 females (40%). The mean age was 64 years (range, 13–85 years). A total of 158 patients (76%) had a PS of <2. All patients received chemotherapy initially; 71 of 208 (34%) also had chemotherapy following cytoreduction.

Patient characteristics according to cytoreduction.

Use of molecular targeted agents and re-cytoreduction.

Treatment of advanced CRC increasingly requires a multimodality approach and multiple treatment options, which add to the complexity of clinical decision-making. Chemotherapy for metastatic CRC may improve survival, lessen symptoms, improve quality of life and shrink liver or lung metastases in patients with potentially resectable disease. Although exposure to all active drugs, including 5-FU/LV, irinotecan and oxaliplatin, during treatment pathways appears to be crucial for increments in survival (16), the optimal use of current chemotherapy in multimodality therapy for advanced CRC remains unknown.

To reduce complexity, we have already proposed the clinical importance of ‘de-escalation chemotherapy’ concepts for curative intent in the choice of chemotherapy for CRC. ‘Escalation chemotherapy’ or ‘stop and go chemotherapy’ are used for palliative purposes (17). De-escalation concepts used to shrink tumor volume and reduce metastases and enable curative surgery for initially inoperable disease should be followed by adjuvant chemotherapy. This is the key to prolonging survival, even after a number of attractive agents, including molecular targeted ones, have been used to treat CRC.

In the present study, the response rate to chemotherapy was the most significant independent factor associated with the introduction of cytoreduction. This finding is consistent with the study by Folprecht et al regarding unresectable liver metastases (18). High response rates in our study population may be due to the overall good PS of the group. Furthermore, the results showed the usefulness of cytoreduction during chemotherapy in not only liver metastases but also other tumor sites, such as lung, peritoneal and local recurrences.

Recent molecular targeted therapies demonstrate a high response rate and appear very attractive for cytoreduction. Thus, we used the delayed approval of anticancer drugs in Japan to evaluate the significance of additional molecular targeted agents on ‘de-escalation chemotherapy’ concepts for CRC. In multimodality therapy, first-line bevacizumab enabled cytoreduction to be introduced earlier than conventional chemotherapy (5.0 vs. 10.4 months). The median time to cytoreduction was equivalent to that of the CELIM trial, which examined the effectiveness of cetuximab and FOLFOX6 or FOLFIRI in the neoadjuvant treatment of unresectable colorectal liver metastases. R0 or R1 resection and/or RFA was performed in 46% of all patients, and the median time to cytoreduction was 5.1 months (19).

In the present study, there were no differences in the OS of those with short-(<10 months) and long-interval (≥10 months) cytoreduction. However, the first-line use of bevacizumab and/or second-or third-line use of cetuximab correlated with the introduction of re-cytoreduction. Patients who received re-cytoreductive surgery had significantly improved survival compared with those in the single cytoreduction group. This suggests that first-line bevacizumab and/or second-or third-line cetuximab may contribute, at least in part, to the prolonged time to progression from early initial and repeated cytoreductions.

Our protocol may limit the generalizability of our findings, yet they clearly show that patients who received chemotherapy alone had a far shorter MST time than those who had cytoreduction following chemotherapy. It could be that the longer survival of those in the cytoreduction group came from additional cytoreduction based on chemotherapy. The results show that cytoreduction is necessary as one of the multimodality treatments, and may provide the only chance of cure for patients with unresectable metastatic CRC.

In conclusion, with a number of lines of treatment now available, initial aggressive chemotherapy leading to cytoreduction may be a feasible treatment option. Our data show that cytoreduction following chemotherapy is associated with further prolongation of survival in patients with multimodality therapy for advanced CRC. 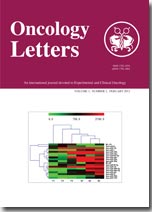