Plants consumed by non-human primates represent potential drug sources for human disease management. In this study, we isolated kaempferol-3-O-rhamnoside as an active compound from the leaves of Schima wallichii Korth., a plant commonly consumed by non-human primates. Its anti-cancer activities, including its ability to induce apoptotic mechanisms, were investigated in MCF-7 breast cancer cells. Results showed that in MCF-7 cells, kaempferol-3-O-rhamnoside inhibits cell proliferation in a dose-dependent manner and promotes apoptosis via the activation of the caspase signaling cascade, which includes caspase-9, caspase-3 and PARP. Our results provide a basis for further exploration of kaempferol-3-O-rhamnoside as an active compound for potential anti-cancer therapeutics.

With over 12.5 million new cases and 7.5 million mortalities annually, cancer is becoming one of the most malignant diseases worldwide. Among the various cancer types, breast cancer contributes to more than 1.2 new cases and 0.5 million mortalities annually, making it the most malignant form of cancer among women (1). Due to this high incidence, the identification of novel compounds that inhibit cancer development has become a crucial objective for scientists. Of the hundreds of chemicals that have been and are being evaluated for their anti-cancer activities, natural products derived from medicinal plants rank among the most promising.

In an effort to identify novel agents that may inhibit cancer development, we have focused our investigations on discovering bioactive compounds from plants commonly consumed by primates. Due to the high degree of physiological similarity between primates and humans, primate disease often exhibits similarities to human disease, and certain human diseases are known to have originated from primates. Notably, since primate survival largely depends on daily food intake, the food consumed by primates is considered a promising source of products applicable for human disease management.

Schima wallichii Korth. leaves were collected from Lembang, West Java, Indonesia. The plant species was identified by the Department of Biology, Faculty of Mathematics and Natural Sciences, University of Padjadjaran, Indonesia.

The dried leaves of Schima wallichii Korth. (5 kg) were extracted with 70% ethanol (3×24 h) at room temperature. The solvent was subsequently evaporated under reduced pressure at 50°C to yield a concentrated extract. The ethanol extract (506.05 g) was fractionated between n-hexane and water to obtain an n-hexane extract (43.90 g) and a water layer. The water layer was then extracted with ethyl acetate to obtain an ethyl acetate fraction (47.35 g) and a water fraction (104.20 g). The cytotoxicity of the fractions was assessed on MCF-7 breast cancer cells using the methyl thiazolyl tetrazolium (MTT) assay. The ethyl acetate fraction, which was the most active fraction, was chromatographed on Wakogel C-200 (Wako Pure Chemical, Japan) with a mixture of n-hexane, ethyl acetate and methanol with increased polarity. The major compound was then isolated and purified using silica G-60 with sulfuric acid-ethanol (1:9) and identified by spectroscopy methods including ultra violet and infrared spectrometry (UV-IR), nuclear magnetic resonance (NMR) and liquid chromatography mass spectrometry (LC-MS) (4).

The MCF-7 human breast cancer cell line (ATCC, Manassas, VA, USA) and HC-04 human hepatocytes (Siam Life Science Ltd., Thailand) used in this study were cultured in RPMI-1640 medium (Sigma, St. Louis, MO, USA) supplemented with 10% fetal bovine serum and antibiotics (100 U/ml penicillin and 100 μg/ml streptomycin). For cell treatments, various concentrations of the sample were added to the cell culture medium. After 24 h, the cells were released from treatment, the medium was replaced, and cells were subsequently collected at the indicated times.

A cell proliferation analysis was performed in the presence of various concentrations of broccoli sprout extracts using a colorimetric MTT assay, as described in a previous study (5). Briefly, the cells were plated in 96-well plates (2×104 in 50 μl/well). Following the initial cell seeding, the indicated concentrations of extracts were applied and incubated for 24 h. WST-8 assay cell-counting solution (10 μl) (Dojindo Lab., Tokyo, Japan) was added to each well and incubated at 37°C for 3 h. After the addition of 1N HCl (100 μl/well), the cell proliferation rates were determined by measuring the absorbance at a wavelength of 450 nm with a reference wavelength of 650 nm using a microtiter plate reader (Becton-Dickinson, Franklin Lakes, NJ, USA). The results were derived from triplicate experiments.

The principle active compound of the ethyl acetate fraction of Schima wallichii Korth. extract was isolated and purified. The compound exhibited a melting point of 152.7–153°C and a molecular ion peak at m/z 432 in the LC-MS spectrum. Based on hydrogen and carbon content, the molecular ion peak and 1H and 13C NMR profiles indicated that the compound had a molecular formula of C21H20O10. The UV spectrum produced maximal absorbance peaks at λmax 265 and 342 nm, which were characteristic of a flavonoid with a flavone skeleton. The addition of NaOH produced a bathochromic shift in the absorption bands, indicating the presence of hydroxyl groups in the skeleton, one of which was attached to C-5, as indicated by a further bathochromic shift following the addition of H3BO3. Absorption bands at 1,675 and 3,197 nm of the IR spectrum indicated where the molecule harbors conjugated carbonyl and hydroxyl groups, respectively.

Plants consumed by primates are sources of drugs with a potential for application in the treatment and management of human disease. In a 1999 review, Milton established foods routinely consumed by primates as good sources of hexoses, cellulose, hemicellulose, pectic substances, vitamin C, minerals, essential fatty acids and protein, suggesting that non-human primate diets may be an important research area for human health (6). In this study, we evaluated this hypothesis using Schima wallichii Korth. as an example of a primate-consumed plant that exhibits anti-cancer properties by activating the caspase cascade pathway.

Schima wallichii Korth. is a tree of 5–30 m in height and is widely found in the tropical areas of Nepal, Sikkim, Assam, Myanmar, South China, the Malay Peninsula, Indonesia and the Philippines (7). It is predominantly found in primate conservation areas (8,9), where it is consumed by non-human primates. Schima wallichii Korth. was identified as a food commonly consumed by primates in our previous study on primate-consumed plants in the Pangandaran Conservation Area of West Java, Indonesia (2).

Potential anti-cancer compounds should demonstrate inhibitory activity and specificity for cancer cells without causing excessive damage to normal cells, as reported for several plant products that induce apoptosis in cancer cells with minimal damage to normal cells (12,13). In our study, although kaempferol-3-O-rhamnoside affects the proliferation of non-cancer HC-04 cells, the IC50 concentration required was also significantly higher than that required for cancer MCF-7 cells, suggesting that kaempferol-3-O-rhamnoside may be less cytotoxic to non-cancer cells.

In conclusion, accumulating evidence suggests that products derived from plants hold potential in the treatment and prevention of cancer. Therefore, it is important to identify apoptotic inducers from plants, either as crude extracts or as active isolated compounds. Furthermore, understanding their exact mechanisms of action may provide valuable information for their possible application in cancer therapy and prevention. We report the active properties of kaempferol-3-O-rhamnoside in the inhibition of cancer cell proliferation through the induction of apoptosis. Although further studies are required to evaluate its toxicity, its detailed mechanism(s) of anti-cancer action, and the possibility of its structural modification to enhance its anti-cancer activities, our results emphasize the potential application of kaempferol-3-O-rhamnoside in the management and treatment of cancer.

This study was supported by Grants-in-Aid from the Ministry of National Education of Indonesia to A.D. (National Competitive Research Grant and PAR-C Grant for Academic Recharging) and to A.S. (Grant for International Collaborations and Publications). 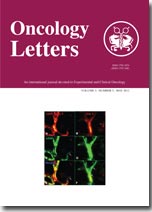