Synchronous bilateral Paget's disease of the breast: A case report

Synchronous bilateral Paget's disease of the nipple is extremely rare. In the present study, we report a case of synchronous bilateral Paget's disease in a 45-year-old woman who had a medical history of gastric cancer. The patient presented with a 6-month history of eczema and itching in both nipples. Mammography and ultrasonography did not reveal any mass lesions in the bilateral breast, and computed tomography and bone scintigraphy showed no site of distant metastasis. The patient was scheduled for mastectomy and sentinel node biopsy. The histological diagnosis was Paget's disease of the breast with no evidence of underlying invasive ductal carcinoma or ductal carcinoma in situ of the breast tissue. There was no metastasis in either of the sentinel nodes. Immunohistochemical staining showed a negative expression of oestrogen and progesterone receptors. The patient has not received chemotherapy, radiotherapy or hormonal therapy. The patient has been disease-free for 7 months following surgery.

In this study, we present a case of synchronous bilateral Paget’s disease of the breast without underlying carcinoma, which is an extremely rare phenomenon.

A 45-year-old Chinese woman admitted to our department with a 6-month history of eczema and itching in both nipples. The patient presented with no palpable mass at either breast, no obvious nipple inversion, ulceration or active nipple discharge and no sign of any palpable swelling in the lymph nodes of the axilla or supraclavicular region (Fig. 1). The patient had a medical history of gastric cancer. She had neither family history nor risk factors of breast cancer. Mammography showed no microcalcifications or mass on the breast. Chest computed tomography and breast ultrasonography revealed no abnormalities, and bone scintigraphy showed no site of distant metastasis.

The clinical hypothesis of Paget’s disease resulted in the patient undergoing a nipple scrape cytology, which showed isolated malignant cells of Paget’s type. The tumor cells had clear cytoplasm and irregular nuclei with prominent nucleoli, which are typical features of Paget’s disease (Fig. 2). These results confirmed a diagnosis of Paget’s disease of the nipple, and the patient was scheduled for mastectomy and sentinel node biopsy. No complications occurred during or after surgery and she recovered well post-operatively. Histopathological examination of the specimen identified it as Paget’s disease of the breast (Fig. 3) with no evidence of underlying invasive ductal carcinoma, DCIS of the breast tissue or lymph node invasion. Immunohistochemical staining showed a negative expression of oestrogen and progesterone receptors (data not shown). The patient has been disease-free for 7 months following surgery.

Although the presence of the intraepidermal Paget’s cell is the main pathological characteristic of this disease, the origin of the Paget’s cell has yet to be conclusively determined (7). Two main hypotheses have been proposed to explain its pathogenesis (7). The epidermotropic hypothesis states that Paget’s cells originate from ductal epithelium, where they migrate towards the epidermis. This hypothesis is verified by the association between Paget’s disease and an underlying breast carcinoma in the majority of patients. Conversely, the intraepidermal transformation hypothesis states that malignant keratinocytes originate from the areolar epidermis (7). Currently, the epidermotropic hypothesis is more widely accepted. However, findings of our case support the intraepidermal transformation hypothesis, since there is no underlying carcinoma.

The above-mentioned theories are plausible; however, each theory of pathogenesis entails a markedly different approach to treatment (7). Mastectomy or subcutaneous mastectomy with nipple excision has conventionally been recommended based on Paget’s original report and several historical studies (1,8). However, advances have been made in the treatment of the Paget’s disease of the breast. In their study, Pierce et al (9) examined 30 patients with Paget’s disease of the breast who did not present with a palpable breast mass or mammographic density involving complete resection of the nipple-areola complex followed by definitive radiotherapy. Their results indicated that breast-conserving therapy is a viable alternative to mastectomy in the treatment of Paget’s disease. A high rate of false-negative findings on mammography and a high incidence of multicentric or multifocal in situ and invasive carcinomas were identified in mastectomy specimens. In short, Paget’s disease is frequently associated with underlying peripheral or multicentric breast cancer. Therefore, mastectomy with sentinel node biopsy (SNB) is probably the best treatment option for the majority of patients (10).

The prognosis of patients with synchronous bilateral breast cancer does not differ from that of patients with unilateral breast cancer. Our patient had bilateral early lesions, both of which were Paget’s disease. She has been healthy without any evidence of recurrence for seven months following surgery. Thus, it is reasonable that all nipple changes be explained at the first opportunity to diagnose the disease when no palpable mass is present (11). Mammography is crucial for patients with clinical evidence of Paget’s disease of the nipple in order to plan an optimal therapeutic strategy once the underlying malignancy has been detected. Improvements in mammography and, in particular, magnetic resonance imaging (MRI) techniques have resulted in a higher rate of detection of early-stage breast cancers (12). It is possible that synchronous bilateral breast cancer, with or without Paget’s disease, may be identified by chance. When we encounter a patient with Paget’s disease, the possibility of non-palpable early lesions underlying the breast should be considered (13). 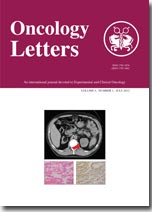