PinX1 is located at 8p23, a region with frequent loss of heterozygosity in hepatocellular carcinomas (HCCs). Overexpression of PinX1 is known to inhibit telomerase activity, shorten telomeres and induce crisis while its depletion increases tumorigenesis in nude mice. These results suggest that PinX1 might be critical for hepatocarcinogenesis. In this study, we assessed transcript expression of PinX1, the correlation between PinX1 mRNA level and telomere length and telomerase activity, as well as sequence alteration, in 24 HCCs and their adjacent non-HCC tissues from patients with B viral chronic hepatitis/cirrhosis. There was no significant difference between the levels of PinX1 mRNA in HCCs and those in non-HCCs. The PinX1 mRNA tended to increase as the telomere shortened in the HCCs (p=0.067, R2=0.166), but no correlation was found in non-HCCs. The PinX1 level revealed no significant relationship with telomerase activity in HCCs and non-HCCs. The missense mutations of PinX1, at the 254 and 265 residues, were found in 17% of the HCCs and their adjacent non-HCCs. The mutations were located in the non-conserved region and revealed no relation with PinX1 expression, telomere length and telomerase activity, suggesting that they are likely polymorphisms. Our findings suggest that PinX1 may not play a major role in hepatocarcinogenesis as a target tumor suppressor gene. PinX1, however, might be involved in the telomere length regulation of HCCs. 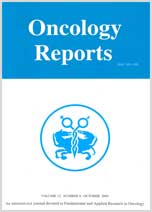