Does the degree of intratumoural microvessel density and VEGF expression have prognostic significance in osteosarcoma?

The role of angiogenesis as a prognostic indicator in cancer has been extensively studied in recent times with several studies demonstrating a positive correlation for various malignant tumours. However, the role of angiogenesis in osteosarcoma remains a topic of debate. In this study, we aim to evaluate the significance of intratumoural microvessel density (MVD) and the degree of vascular epithelial growth factor (VEGF) expression as markers of angiogenesis and correlate this with disease outcome. Archival paraffin-embedded pre-treatment biopsy tissue of patients treated at St. Vincent's Hospital, Melbourne, with non-metastatic osteosarcoma at initial diagnosis was reviewed. Tissue was processed for immunofluorescent staining of the microvascular endothelial cells with antibodies directed against CD31 and CD34. The degree of angiogenesis was assessed, as determined by the microvessel density (MVD). Further histological examination was performed to assess the degree of VEGF expression. Histological observations were correlated with various clinicopathological factors and patient outcome in terms of recurrence, metastasis and death. Twenty-five cases were reviewed, 15 were male and 10 were female, and the median age was 26 years (range, 13-85). The mean follow-up was 21.5 months (range, 3-75 months). The median MVD was 43 microvessels/0.26mm2 (range, 25-54) and 46 microvessels/0.26mm2 (range, 30-58) for CD31 and CD34, respectively. Despite the moderate to high vascularity, there was no significant difference noted between the MVD and disease outcome factors for both CD31 and CD34. There was a trend towards a higher MVD in patients aged >40 years compared to those <40 years (p=0.110 for CD31 and p=0.097 for CD34). In terms of VEGF expression, 24 of 25 cases demonstrated either moderate or strong expression; however, no prognostic significance was determined. In this study, we were able to demonstrate that osteosarcoma is a relatively vascular tumour; however, the degree of MVD and VEGF expression does not provide prognostic information. It is likely that angiogenesis plays a key role in the pathogenesis of osteosarcoma and is, therefore, a potential target for novel anti-angiogenic therapies. 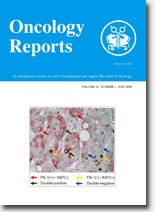