Epidermal growth factor (EGF) is considered to be mitogenic for proliferation of mammary glands in animals. The action of EGF is mediated by specific EGF receptors (EFG-R). In the present study, we investigated distribution of EGF receptors during various physiological stages of mammary glands, N-methyl-N-nitrosourea (MNU)-induced mammary tumors in rats and human breast cancer samples. EGF receptor concentrations were determined by Scatchard analyses in the membrane fraction of the tissues. Results showed increased EGF receptor levels in the structurally differentiated mammary tissues from pregnant rats; whereas lower concentrations were observed in the functionally differentiated glands from lactating rats. EGF receptors were absent in the majority of the tumors induced by MNU. The loss of EGF receptor was not observed during the first 20 days post carcinogen treatment, but appeared to be correlated with the onset of the tumor. Consistent with the literature, the majority of the steroid receptor positive human breast cancer samples were EGF receptor negative, whereas steroid receptor negative samples contained EGF receptors. These results suggest that the loss of EGF receptors in ovarian hormone dependent mammary tumors does not occur gradually during carcinogenesis but appears to be a characteristic of hormone dependent mammary tumor cells. 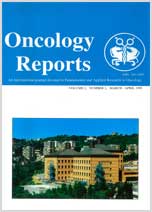