Multidrug resistance, a major factor in the resistance to drugs, can be reversed by cyclosporin A. It is generally given by intravenous route. The aim of the present study was to assess the possibility of achieving useful plasma levels, giving cyclosporin A orally in advanced colorectal cancer patients treated with 4-epidoxorubicin. Cyclosporin A was given orally twice a day, for four days. The starting study dose was 5 mg/kg. Dose in cohorts of 3 patients was escalated to 10, 15, 20, 30, 40 mg/kg if the previous dose was not able to determine the target blood level (2,000 ng/ml). Cyclosporin A blood levels were analyzed by a specific fluorescence polarization immunoassay method (TDx; Abbot Laboratoires, North Chigaco, IL). 4-epidoxorubicin was given at a fixed dose of 75 mg/m(2), every 3 weeks. None of the dose levels of cyclosporin A given orally produced the target blood level. Only two patients, receiving cyclosporin at a dose of 30 mg/kg, and two after a CsA dose of 40 mg/kg, presented blood levels higher than 1,000 ng/ml, but however, lower than 1,500 ng/ml. In conclusion, the oral route of administration of cyclosporin does not seem recommendable in order to reverse multidrug resistance because it is not able to produce sufficient plasma levels. 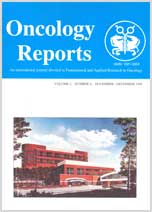