CRTC1-MAML2 gene fusion in mucoepidermoid carcinoma of the lacrimal gland

Epithelial tumors of the lacrimal gland are histologically similar to salivary gland tumors. Here we report on a rare case of mucoepidermoid carcinoma (MEC) in a 73‑year-old man with a swelling of the left lacrimal gland. The tumor had a microscopic appearance consistent with a classical low-grade MEC of the lacrimal gland. There were no signs of recurrence or metastases during a five-year follow-up. Using RT-PCR and FISH we demonstrated that the tumor was positive for the CRTC1-MAML2 gene fusion previously shown to be associated with in particular low-grade salivary MECs with favorable prognosis. By immunohistochemistry we showed that the majority of tumor cells, including epidermoid, intermediate and mucous producing cells, expressed the CRTC1-MAML2 fusion protein. In contrast, 15 non-MEC lacrimal neoplasm were fusion-negative. Our findings show that lacrimal MEC is not only clinically and morphologically but also genetically identical to MECs originating from other exocrine glands, including those of the lung, thyroid, cervix and salivary glands. Taken together, the present and previous studies further emphasize the fundamental biologic and genetic similarities among MECs developing from different anatomical sites and organs. Moreover, our findings indicate that the CRTC1-MAML2 fusion may be a useful diagnostic and prognostic biomarker for lacrimal MEC. 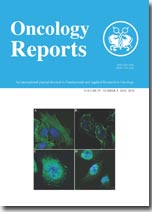