Breast cancer (BC) has a poor prognosis and a high number of visceral metastases. Serine protease inhibitor, clade E member 1 (SERPINE1) is a molecule involved in several human malignancies. However, it remains unknown if SERPINE1 plays a role in the development of taxane resistance in TNBC cells. In the present study, the role and mechanism of SERPINE1 in the development of paclitaxel (PTX) resistance in TNBC cells were investigated. A bioinformatics analysis of gene expression profiles in PTX‑resistant cells indicated that SERPINE1 was significantly associated with PTX resistance. Furthermore, the levels of SERPINE1 mRNA and protein were higher in PTX‑resistant cells with respect to those in PTX‑sensitive parent cells. Knockdown of SERPINE1 significantly inhibited cell survival and induced cell apoptosis in vitro. In addition, SERPINE1 silencing led to downregulation of the key angiogenetic vascular endothelial growth factor A (VEGFA). Furthermore, suppression of SERPINE1 markedly attenuated tumor growth in vivo. Collectively, these findings indicated that SERPINE1 significantly contributed to the proliferation and apoptosis of TNBC cells by regulating VEGFA expression. The present study demonstrated SERPINE1 as an oncogene in PTX drug resistance of breast cancer, and revealed that it may serve as a possible target for treating BC. 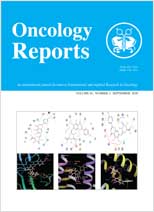