Sentinel lymph node (SLN) biopsy is a useful way of assessing axillary nodal status and obviates unnecessary axillary lymph node dissection for patients with node-negative breast cancer. However, SLN can also be located in the internal mammary lymph node (IMN) chain or elsewhere. The practicability and relevance of internal mammary SLN is reviewed and discussed. Axillary and IMN status have similar predictive value for survival, and the involvement of IMNs has prognostic value for both axillary node-negative and node-positive patients. Although parasternal recurrence is fortunately rare after modified radical mastectomy or breast conserving surgery, if left untreated it develops not infrequently as a clinically evident disease in patients with histologic involvement of IMNs. Internal mammary SLNs can be identified by means of lymphoscintigraphy and γ-detection probe after peritumoral injection of radioisotopes. A positive internal mammary SLN biopsy would be an indication for internal mammary radiotherapy as well as adjuvant systemic treatment. However, the reported incidence of positive internal mammary SLNs is still lower than expected, because the spread of radioisotope activity is not synonymous with nodal positivity. Internal mammary SLN biopsy is considered to be still in the investigative stage. More data are needed on the correction of a 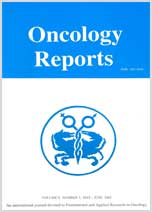