Mammalian cytosolic thioredoxin reductase (TrxR1) is an attractive target for developing cancer chemopreventive agents since its inhibition is associated with a reduced growth of cancer cells. However, the known inhibitors of this enzyme mostly have a toxic effect on human health. We report on a non-toxic inhibitor, green tea. TrxR1 was found to be inhibited by green tea extracts (Gte) with an IC50 value of 256 µg/ml. Catechins, the major components of Gte, showed various inhibitory effects, in which (−)-epigallocatechin-3-gallate (EGCG) exhibited a stronger inhibition than any other catechins tested. The inhibition of TrxR1 by EGCG was close to competitive (Ki = 64 µM) with substrate DTNB and was non-competitive (Ki = 92 µM) with co-enzyme NADPH. The preincubation of TrxR1 with EGCG led to irreversible enzyme inactivation in a time-dependent manner, which was highly effective in the presence of NADPH. The inactivation included an equilibrium step used to form a reversible TrxR1-EGCG complex (EI) (dissociation constant Ki* = 43 µM), and an isomerization step used to form an irreversible complex (E*I) (rate constant k3 = 4.8x10−3 s−1). We have identified thiol/selenol groups in the active site as reactive sites that mediated TrxR1 inhibition by EGCG. When cultured HeLa cells were treated with Gte or EGCG for 22-24 h, TrxR1 activity in cell extracts was significantly inhibited, accompanied by a reduction of cell viability in a concentration-dependent manner (IC50 = 40 µg/ml for Gte and 107 µM for EGCG). The inactivation of TrxR1 by Gte/EGCG is most likely linked to a reduction of HeLa cell viability. 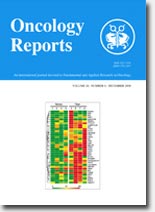