Senescence has been suggested as a defense mechanism to block sporadic induction of cancer cells. Radiation treatment induces proliferating cancer cells to turn into non-proliferating senescent cells in vitro. To characterize transcriptional reprogramming after radiation treatment, we measured the gene expression profiles of MCF7 at different time points after treatment. In these experiments, we found that IR induced premature senescence in MCF7 cells, and IR treatment resulted in significant changes in the expression of 305 marker genes (<1% FDR), which were strongly correlated (|r|>0.9) with IR treatment in a time-dependent manner. Functional analysis of these markers indicated that the dynamics of cytoskeletal structure and lysosomal activity gradually increased. The expression of maker genes for modulator proteins, that were responsible for the dynamics of actin stress fibers and focal adhesion, displayed a particularly strong positive correlation with senescence-associated (SA) morphological changes through time. We also observed a strong induction of genes related to lysosomal metabolic activity, which was accompanied by an increase in the number of SA-β-Gal positive cells. However, the expression of genes for cell cycle progression, post-transcription and translation activities gradually decreased after radiation treatment. Especially, we observed clear cell cycle arrest specifically at the S and G2/M phases with consistent down-regulation of genes for microtubule assembly/disassembly or spindle biogenesis. 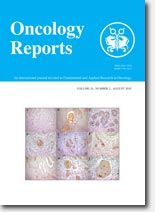