ANRIL, a large antisense non-coding RNA, is in the proximity of CDKN2A and overlapped with CDKN2B at human chromosome 9p21, and has been strongly implicated in the association with high risk genetic markers of coronary artery disease (CAD). Mice model harboring large deletion of posterior part of ANRIL and CAD high risk genetic markers resulted in substantial suppression of both CDKN2A and CDKN2B; however, the mechanistic insights of regulation and function of ANRIL have remain elusive. To date multiple splice variants of ANRIL have been reported and expression of specific splice variant of ANRIL has been shown to be tightly associated with 9p21 CAD high risk markers. Here we identified a new splice variant of ANRIL and introduced it into HeLa cells to uncover functional aspects of ANRIL towards cellular function. For this purpose, we monitored global mRNA expressional changes and conducted gene ontology enrichment. The majority of mRNAs was down-regulated by ANRIL overexpression. Among them, a subset of mRNAs particularly involved in the regulation of nucleus and establishment or maintenance of chromatin architecture was significantly enriched. Such a circumstance was manifested after 48 h of ANRIL overexpression but no significant changes were seen after 24 h of ANRIL overexpression. Next we analyzed the sequences containing the intergenic region between ANRIL and CDKN2A (p14ARF) by introducing the sequences upstream of luciferase reporter gene. Based on the luciferase activity, the sequences tested were shown to act as promoter for ANRIL and p14ARF. Moreover, as well p14ARF, ANRIL promoter was responsive to transcription factor E2F1 in HeLa and A549 cells. Taken together, our present results indicate that co-regulation of ANRIL and p14ARF could be coupled by their unique intergenic region potentially through E2F1. Judged from the suppressive effect of ANRIL on a subset of mRNAs involved in the nuclear function suggests that ANRIL might have silencing effect on a specific gene set that accounts for a wide array of gene expression. 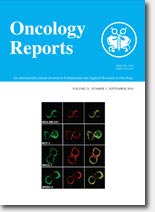