Hereditary breast cancer accounts for 5-10% of all cases of breast cancer and 10-15% of ovarian cancer and is characterised by dominant inheritance, early onset, the severity of the disease and bilaterality. About 30% of cases with hereditary breast and ovarian cancer have mutations in the BRCA1 and BRCA2 genes. Women with a mutation in the BRCA1 gene have a 80-90% lifetime risk of developing breast cancer, and 40-65% chance of developing ovarian cancer. Most studies carried out throughout the world indicate that the prevalence of BRCA1 and BRCA2 mutation is lower than originally suggested by early studies on large families with several affected members. Studies performed in Italy have reported different prevalence of BRCA1 and BRCA2 mutations, probably due to different selection criteria and to the variability of the techniques used. In this study, we performed a screening of BRCA1 and BRCA2 in families from northern Italy with familial recurrence of breast cancer or ovarian cancer in which the individual risk of patients of being carriers of BRCA1 and BRCA2 mutation was evaluated using BRCAPRO (CAGene) software. We enrolled 27 patients of 101 unrelated families selected when they fulfilled the inclusion criteria of the American Society of Clinical Oncology (ASCO). Specific risk evaluation, genetic test administration if needed, and discussion of the results were offered during multi-disciplinary genetic, surgical and psychological counselling. Seven probands (35%) found BRCA1/2 sequence variation carriers; no BRCA1 and BRCA2 mutations were detected in the remaining 13 probands. Two (15%) patients had BRCA1 mutations and 5 (25%) patients had BRCA2 mutations. In the latter case, BRCA2 delA 9158fs+29stop mutation in exon 22, never previously described and a new sequence variation (T703N) in exon 11 were identified. 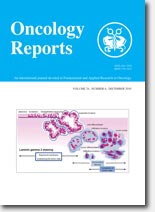