In the present study, the association of diabetes mellitus (DM) with cancer was investigated using autopsy records. Among the 83,829 autopsy records between the years 2005 and 2009, 74,869 cases ≥40 years were eligible for the analysis. The cases with DM and cancers were selected, and the risk of cancer was estimated as the odds ratio (OR) by logistic regression analysis with the adjustment of age. Among the 74,869 cases, there were 49,676 males and 25,193 females. DM was noted in 4,901 males (9.9%) and 2,066 females (8.2%). In the liver, the OR for hepatocellular carcinoma (HCC) was increased to 1.25 (95% confidence interval (CI), 1.12-1.39, P<0.001) and to 1.22 (95% CI, 1.00-1.49, P<0.05) in males and females with DM, respectively. The ORs for invasive ductal carcinoma of the pancreas, cancers of the thyroid and kidney were not increased, and the ORs for cancers of the lung, stomach, colon/rectum, biliary tract, prostate, breast and uterus appeared to be decreased. The analyzed autopsy cases corresponded to only 1.4% of deceased individuals aged ≥40 years, and the ORs for cancers in DM estimated using the autopsy records may warrant a careful consideration. To the best of our knowledge, the present study is the first to confirm the increased OR for HCC in DM by a cross-sectional analysis using autopsy records.

Diabetes mellitus (DM) is a risk factor for the development of cancer (1,2). There may be a difference in the increase of the risk of cancer among the organs in DM, and the increased risk of developing cancer of the liver and pancreas has been noted in both males and females with DM (3,4). The association of DM with cancer has been investigated in cohort studies using large-scale populations and in case-control study (5-8). The association of DM with cancer has not yet been examined using autopsy records.

Autopsy records and selection of cases

The following cases were excluded from the estimation of ORs: i) Cases that were not published and lacked a description of age, sex and diagnosis; ii) cases of hermaphrodites; iii) cases of regional dissection of the head, chest, or abdomen and postmortem biopsy; iv) fetuses, stillborn infants; and v) cases <40 years of age for the comparison with the previous cohort and case-control studies (5-8), in which ORs for cancers in DM were estimated in individuals ≥40 years.

Identified cases were stratified into two strata of age: Between 40 and 69 years, and ≥70 years. The distribution of age was analyzed using the Chi-square test. Age-adjusted ORs and 95% confidence intervals (CIs) of cancers were estimated with the logistic regression method. Analyses were performed using RStudio (RStudio, Inc., https://www.rstudio.com). P-values <0.05 were considered to indicate statistically significant differences.

Among the 83,829 cases, a total 8,960 cases were excluded. The excluded cases were as follows: Cases that were not published and lacked a description of age, sex and diagnosis (427 cases); cases of hermaphrodites (5 cases); cases of regional dissection of the head, chest, or abdomen and postmortem biopsy (1,314 cases); fetuses, stillborn infants (3,533 cases); and cases younger than 40 years of age (3,681 cases). Finally, 74,869 were eligible for the analysis (Fig. 1).

Number of cancer cases and odds ratios in males.

Number of cancer cases and ORs in females.

Odds ratio for cancers in males

Odds ratio for cancers in females

The present study is the first, to the best of our knowledge, to investigate the association of DM with cancer using autopsy records. In the liver, the age-adjusted OR for HCC was significantly increased (1.25 and 1.22) in males and females with DM, respectively. On the other hand, the OR for ICC was decreased (0.72 and 0.44) in males and females with DM, respectively. The difference in OR between histological subtypes of cancers in the liver was demonstrated. The ORs for cancers of other organs in DM appeared to be reduced in males and females. The use of autopsy records for the estimation of OR for cancers may warrant careful consideration.

In previous cohort studies in Japan, ‘cancer’ of the liver was identified by International Classification of Diseases (ICD) code C22 (Table III) (5-7). The ICD code C22 includes all histological subtypes of malignant tumor of the liver, the precise risk of the histological subtype was unclear. In a case-control study, the increase in OR for HCC was estimated from the cases with HCC (8). Although the ORs were lower than those in previous studies in Japan, the significant increase in OR for HCC in DM using autopsy records was in line with that of previous studies. The increase in OR for HCC was noted in both males and females in the present study. The association of DM with HCC was confirmed in the present study using autopsy records from the Annual of Pathological Autopsy Cases in Japan.

Odds ratios of cancers of the liver in DM.

The ORs estimated in the present study appeared to be decreased. The increase in the risk of developing ICC in DM was suggested by a previous study (11). The increase in the risk of developing pancreatic cancer in DM was also previously suggested in cohort studies in Japan (5-7); however, the increase in OR for IDC of the pancreas was not noted in the present study. This may be in part due to the fact that the cases were selected by ICD code C25 in previous studies (5-7). Other neoplasms, such as intraductal papillary mucinous neoplasm and neuroendocrine neoplasms may be included in the code. If it is taken into consideration that the OR for HCC is also lower than those of the previous studies, the ORs estimated in the present study may be underestimated, compared with those in the previous studies, and the results warrant careful interpretation. In the autopsy records from the Annual of Pathological Autopsy Cases in Japan, the temporal sequence of diseases is not registered. It is not feasible to estimate the ‘true’ risk of cancer development, and the OR may need to be interpreted as the lifetime prevalence of cancer in DM cases. The ORs were adjusted only by age in the present study. The ORs were not adjusted with other important confounding factors, such as smoking, body weight and occupation, as these factors were not included in the records of the Annual of Pathological Autopsy Cases in Japan. These factors may need to be included in the Annual of Pathological Autopsy Records in Japan in the future. The analyzed autopsy cases correspond 1.4% of mortality between 2005 and 2009. There is a bias for the selection of autopsy cases by attending doctors. These factors may affect the estimation of OR.

According to the National Health and Nutrition Survey in Japan 2007(12), the prevalence of DM in Japanese individuals ≥40 years was estimated to be 18.0% among males and 9.1% among females by the measurement of HbA1c. In the present study, the percentage of DM was estimated as 9.9% among males and 8.2% among females. The percentage of DM in the autopsy records was lower than that in the survey. However, the percentage was higher than those in previous cohort studies, in which DM was recorded in a self-report manner (Table III) (5-7). In some recent cases of DM, the pathological changes associated with DM may be subtle and overlooked. The pathological changes in DM were carefully evaluated by pathologists and registered in autopsy records. Although careful interpretation is required, autopsy records are valuable for the epidemiological evaluation of pathological alterations in DM cases.

Treatment with dipeptidyl peptidase (DPP)-IV inhibitors and glucagon-like peptide (GLP)-1 agonists has been suggested to induce the proliferation and dysplasia of ducts and hyperplasia of endocrine cells based on materials from the Network for Pancreatic Organ Donors with Diabetes (13). The pathological changes associated with incretin-based therapy were not reproduced by an intensive review of the same database (14). The increase in the risk of developing ICC by incretin-based therapy was not noted in a recent case-control study (15). In the present study, autopsy cases were registered between 2005 and 2009, which was before DPP-IV inhibitors had become available for the treatment of DM in Japan (16). Therefore, the ORs in the present study were not influenced by incretin-based therapy. DPP-IV inhibitors are currently used for the treatment of DM in Japan. It is plausible to examine the changes of diseases of the pancreas by the autopsy records after 2009.

In conclusion, in the present study, the association of DM with cancers was examined using the Annual of Pathological Autopsy Cases in Japan. Although the ORs estimated from autopsy records may warrant careful interpretation, the ORs of HCC were increased in both males and females with DM. To the best of our knowledge, this is the first study to demonstrate the association of HCC with DM using autopsy records.

RW and ZN designed the study. The conversion of PDF files to Excel files and the reviewing of the data were performed by RW and SKi. Statistical analyses were performed by RW, SKu and KI. MK verified diabetic patients, and prepared the figure. All authors proofread and approved the final manuscript for publication. 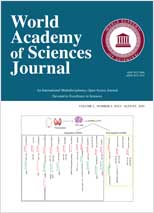