Pulmonary involvement from prostate cancer is a well‑known condition; however, solitary lung metastasis is rare, with its associated clinical characteristics not yet fully elucidated. The present study describes the case of a 77‑year‑old male, who had undergone radical prostatectomy at a previous hospital for primary prostatic carcinoma 14 years prior, who presented with a low‑grade fever. At the previous hospital, salvage radiation therapy was being considered, as the prostate‑specific antigen (PSA) level had gradually increased within the normal range. Computed tomography performed at the authors' institution revealed a solitary nodule with a spiculated morphology located on the upper lobe of the left lung, while positron emission tomography suggested malignancy without metastasis. Based on these findings, primary lung cancer was suspected and thoracoscopic left upper lobectomy with lymph node dissection was performed. The pathological diagnosis of the tumor was a solitary lung metastasis of prostate cancer. The post‑operative recovery was uneventful. In addition to reporting a case with normal PSA levels, the present study also performed a literature review. According to previous case reports, there are some pitfalls of prostate cancer leading to misdiagnosis as a primary lung tumor. However, it is considered that surgical resection is associated with an increased diagnostic accuracy and long‑term survival.

Pulmonary metastasis secondary to prostate cancer has been reported in >40% of patients in an autopsy series (1). By contrast, solitary lung metastasis from prostate cancer is rare, and only 34 cases have been reported to date (Table I) (2-25). More than half of the patients (22/34) underwent lung resection, and the majority achieved cancer control and long-term survival.

Clinical data of patients with solitary pulmonary metastasis from prostate cancer obtained from the literature and the present case.

A 77-year-old male who was a previous smoker with low-grade fever was referred to Kansai Medical University Hospital. The patient had a medical history of primary prostate cancer, pathological stage T2bN0 [Gleason score (GS): 3+4] organ-confined disease. He underwent radical prostatectomy at a former hospital when he was 63 years of age. Following surgical treatment, the patient was followed-up without additional treatment. The patient's PSA level fell to undetectable levels for 11 years post-surgery. During his consultation, the patient's PSA level gradually increased and exceeded 0.2 ng/ml on two occasions without evidence of macroscopic recurrence. This condition is identified as biochemical recurrence. The gradual increase in the PSA levels continued on for a further 2 years. When the levels reached 0.412 ng/ml, the doubling time was determined to be 2 years, and the imaging examination of metastasis prior to salvage radiotherapy was considered at the former hospital. Upon referral to Kansai Medical University Hospital due to low-grade fever, computed tomography (CT) revealed a small nodule (1.5 cm in diameter) with a spiculated morphology and pleural indentation in the upper lobe of the left lung (Fig. 1A). Subsequently, 18-fluoro-2-deoxyglucose positron emission tomography (18F-FDG-PET) revealed highly selective accumulation in the nodule, strongly suggestive of a malignant tumor (maximum standardized uptake value, 3.6) (Fig. 1B). The CT scan and 18F-FDG-PET did not reveal any abnormal accumulation in the other organs. Primary lung cancer (clinical T1bN0M0) was highly suspected. The levels of serum tumor biomarkers for primary lung cancer were within the normal ranges: Carcinoembryonic antigen, <1.0 ng/ml (normal range, <5.0 ng/ml); neuron-specific enolase, 8.2 ng/ml (<16.3 ng/ml); and pro-gastrin-releasing peptide, 50.9 pg/ml (<81.0 pg/ml). A thoracoscopic left upper lobectomy with hilar and mediastinal lymph node dissection was performed as a radical surgery for primary lung cancer. The duration of the surgery was 161 min and blood loss was 106 ml. An intraoperative frozen section was not submitted for examination due to the high index of suspicion for primary lung cancer based on the preoperative imaging and serum PSA levels within the normal range, and the limitations brought about by the coronavirus disease 2019 pandemic.

Prostate cancer has a high risk of biochemical recurrence, with the incidence ranging from 27 to 53% (26). It has been demonstrated that the mean interval between biochemical recurrence (PSA re-elevation >0.2 ng/ml twice following radical prostatectomy) and clinical recurrence (macroscopic appearance of the recurrent lesion that can be identified by imaging or histological examination) is ~8 years, suggesting that the long-term observation is required for patients with prostate cancer (27). For the patient presented herein, the possibility of a clinical recurrence should have been suspected when the CT scan revealed a lung nodule, as biochemical recurrence following radical prostatectomy was already observed in the previous 3 years. However, it was not suspected due to the following reasons: The CT findings of this case included a solitary lesion with a spiculated morphology, which is more typical of primary lung cancer, rather than a metastatic lung tumor, and the serum PSA level was still within the normal range. Additionally, solitary lung metastasis from prostate cancer is extremely rare. Previously, radiological evidence of pulmonary metastases following surgery, chemotherapy, or radiotherapy for prostate cancer was detected in 48 out of 1,290 patients (3.6%) while a solitary pulmonary nodule was detected in only 11 out of 1,290 patients (0.85%) (3). For these reasons, the clinical recurrence of prostate cancer was not strongly suspected preoperatively in the present case.

A search of PubMed and Ichuushi-web (http://www.jamas.or.jp) identified 24 articles and 34 patients with solitary lung metastasis from prostate cancer. A total of 22 articles described their cases in detail. The clinical characteristics of 23 cases were reviewed, including 22 from the literature and the present case (Table I). A review of a previous case series (4-25) helped to identify pitfalls which are prone to misinterpretation errors with significant consequences for patients.

First, the concept of the biochemical recurrence of prostate cancer is not a commonly known issue in the fields of surgery other than urology. However, considering the possibility of clinical recurrence from serum PSA fluctuations, even in patients with normal values as in the case presented herein, is crucial. It has been demonstrated that metastases from prostate cancer with normal serum PSA levels suggest high-grade cancer (GS≥8), small cell carcinoma, neuroendocrine tumor, or neuroendocrine differentiation (28). Among the prior 23 cases, high-grade cancer or neuroendocrine differentiation was found in 9 patients, and in the majority of cases (8/9), the serum PSA levels were within the normal range. However, even among patients with low-grade cancer, normal serum PSA levels were found in more than half of the cases (6/10). Of all the cases, 74% (17/23) had isolated lung metastasis with normal PSA levels, regardless of the histology.

The standard procedure for pulmonary metastases is partial resection aimed at the preservation of lung parenchyma. Among the reviewed 23 cases with solitary lung metastasis, 22 patients had undergone lung resection and 14 of them reported satisfactory outcomes. Lobectomy was performed in 9 patients, including the present case. The reasons for this procedure in some cases are highly suggestive. In four cases, intraoperative frozen section examinations were unable to determine whether the tumor was a metastasis or primary lung adenocarcinoma (6,15,18,25). Considering these previous case studies, there is a high likelihood of the misdiagnosis of prostatic adenocarcinoma with lung metastasis as a primary pulmonary neoplasm in clinical practice, and this is considered to be a second pitfall. Copeland et al (29) reported the presence of a tubule-papillary or a carcinoid-like histologic pattern in a pulmonary tumor which was not associated with the histological features of prostate carcinoma (29). Thus, in clinical practice, it is prudent to consider solitary lung metastasis from prostate cancer as a differential diagnosis for patients previously treated for prostate cancer.

However, the surgical resection of isolated lung metastasis from prostate cancer can be justified by its satisfactory outcomes. Pulmonary metastatic lesions which underwent metastasectomies have been closely related to survival in various types of cancer, including colon and uterine cervical cancer (30,31). The number of metastases from prostate cancer is considered an independent prognostic factor affecting the 5-year cancer-specific survival rate, of which characteristic is the same as other malignancies previously mentioned. The 5-year cancer-specific survival rate for patients with one metastasis is 90%, compared to 32% for those with two or more (32). Surgical resection, particularly for solitary pulmonary lesions, is associated with favorable outcomes in patients with prostate cancer.

In conclusion, as demonstrated in the present study, there are some pitfalls of solitary lung metastasis from prostate cancer leading to misdiagnosis as a primary lung cancer and occasionally they were treated with surgical resection including lobectomy. However, the favorable prognosis in previous case series suggests that surgical resection may be justified.

The datasets used and/or data analyzed during the present study are available from the corresponding author on reasonable request.

NM and TM wrote the manuscript. NM and TM performed the surgery (a thoracoscopic left upper lobectomy with hilar and mediastinal lymph node dissection). NM, TU, HM, YT, TS, HH and TM determined the treatment plan. AO and KT performed the pathological diagnosis and contributed to the drafting of the pathological findings section of the manuscript. NM and HH confirm the authenticity of all the raw data. All authors have read and approved the final manuscript.

The present study was approved by the Ethics Committee of Kansai Medical University Hospital (approval no. 2015630). The patient provided written informed consent.

The patient provided consent for the publication of his data and associated images. 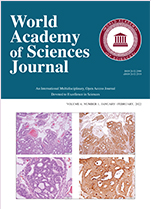