Verrucous hyperplasia (VH) is a rare and potentially malignant exophytic oral mucosal lesion with a verrucous or papillary surface. VH has a tendency to transform into its malignant counterpart, verrucous carcinoma, which is clinically indistinguishable, yet histologically variable. The most common site of predilection is the buccal mucosa and VH more prevalent in patients with habits of areca nut chewing or smoking. A biopsy of the lesion with the surrounding normal mucosa and adequate depth should be performed to histopathologically to diagnose the condition and provide treatment management accordingly. The present study describes the case of a 37‑year‑old male with VH of the buccal mucosa that was successfully managed by surgical excision and reconstruction using the buccal fat pad (BFP). BFP was used due to its higher vascularity, its proximity to the donor site and to provide less scar contracture. The patient was followed up regularly and the surgical site was health with uneventful healing and complete mucolisation.

Verrucous hyperplasia (VH) is a potentially malignant disorder presenting as a white or pink exophytic mucosal lesion with a typical verrucous or papillary surface. VH is considered a variant of oral verrucous carcinoma (VC), which mimics its presentation both clinically and histopathologically. The first ever verrucous papillary lesion reported was by Fridell and Rosenthal in 1941(1). In 1948, Ackermann observed 31 similar cases and formulated the term ‘verrucous carcinoma’ for such a condition (2). The term ‘verrucous hyperplasia’ was also coined by Ackermann and McGavran (3). However, a complete clinical and histological analysis of such oral mucosal lesions was performed by Shear and Pindborg (4) to differentiate it from VC and verrucous leukoplakia (VL).

Initially, the most common site reported for the occurrence of VH was the gingiva and alveolar mucosa (4). However, a previous study revealed buccal mucosa (41%) to be more frequently involved (5). Other sites with predilection for the occurrence of VH are the tongue, palate, labial mucosa, sino-nasal mucosa, larynx and perianal region (5). VH generally occurs in individuals in the 4 to 6th decade of life.

VH can be differentiated from VC only by histopathological analysis. In VC, the hyperplastic epithelium invades the connective tissue, whereas in VH, the hyperplastic epithelium remains superficial to the normal epithelium. It is crucial for clinicians to be highly knowledgeable in order to correctly diagnose the condition and to be able to effectively perform the biopsy. The sample should include the normal tissue along with a margin of the lesion in adequate depth. Immunohistochemical markers, such as p53, E-cadherin, Ki-67 and MMP-1 can also be used as an effective aid in differentiating VH from VC (8).

Various treatment modalities that have been utilized in the treatment of VH are surgical excision, radiotherapy, chemotherapy or a combination of these. Photodynamic therapy has also been recently used as a resort for the treatment of VH (5,6,8). The present study describes a case of VH that was successfully managed surgically in the clinic followed by reconstruction using the buccal fat pad (BFP), which is hardly used in such cases.

A 37-year-old male patient reported to a dental clinic in Nagpur December, 2015 with the chief complaint of a painless growth over the left cheek for a period of 3 months. The patient was referred to Sharad Pawar Dental College, Wardha, India for further treatment. He complained of a burning sensation in relation to the lesion. The patient also provided a history of tobacco chewing and smoking over the past 10 years. An intraoral examination revealed a whitish pink exophytic growth with defined margins, measuring 2.5x1.5 cm over the left buccal mucosa (Fig. 1A). The lesion was firm, non-purulent, non-tender and without any ulcerations. A provisional diagnosis of leukoplakia was made. Written informed consent was obtained from the patient for inclusion in the study and investigations were carried out following the rules of the Declaration of Helsinki of 1975.

The lesion was managed by a wide local excision under local anaesthesia and the sample was sent for histopathological analysis to the Oral Pathology Department of Sharad Pawar Dental College, Wardha (Fig. 1B). Tissues were stained using Harris' haematoxylin solution at a temperature of 60-70˚C for 6 h and then rinsed under tap water. Subsequently, 10% acetic acid and 85% ethanol were used to differentiate the tissue twice for 2 and 10 h followed by rinsing with tap water again. The tissues were saturated in lithium carbonate solution for 12 h and then rinsed. Final staining was carried out with eosin Y ethanol solution for 48 h. Tissues were dehydrated using 95% ethanol twice for 0.5 h followed by soaking in xylene for 1 h at 60-70˚C and then paraffin for 12 h. Slices (12-µm-thick) were sectioned from the stained samples, dewaxed, mounted and imaged using a Nikon NIS-Elements microscope at x4 magnification. A histological examination depicted a parakeratinized epithelium with long, broad pushing rete pegs and a parakeratin layer exhibiting a typical chevron pattern with scanty connective tissue. The epithelium exhibited basal cell hyperplasia, a loss of stratification, acanthosis, individual cell keratinization, cellular and nuclear pleomorphism at places and minimal abnormal mitotic figures (Fig. 2A). Depending on the histopathological features, the final diagnosis of oral VH was made. Reconstruction of the defect was performed using the BFP (Fig. 1C). The BFP was used due to its higher vascularity, its proximity to the donor site and to provide less scar contracture.

The patient was recalled for regular follow-up. After 2 weeks, the surgical site was in a healthy condition with uneventful healing (Fig. 2B). At the end of 3 months, the BFP exhibited complete mucolisation (Fig. 2C). The patient remains on follow-up and there are currently no signs of recurrence even after 2.5 years.

VH basically represents a premalignant alteration in the normal oral mucous membrane. Histologically, six different stages have been suggested, which include normal mucosa, hyperkeratosis, VH, VC, papillary squamous cell carcinoma and less differentiated squamous cell carcinoma (9). Hence, VH is considered a precursor of VC, which is clinically indistinguishable from the latter. A histopathological analysis is therefore considered a gold standard for diagnosing a case of VH.

Shear and Pindborg (4) classified VH into a blunt and sharp variety. The blunt variety comprises of broader, flatter and less keratinized verrucous processes, whereas sharp processes are long, narrow and heavily keratinized, leading to a white appearance. VH was reclassified by Wang et al (5) into a plaque and mass type. The features of the mass type variety are associated more with the histopathological criteria. Hence, it was suggested that the plaque type variety be known by the term VL and the mass type as VH. VL is a non-homogeneous leukoplakia with an excessive rate of malignant transformation. The mass type of VH has a thinner keratin surface with a higher malignant potential, rendering early treatment indispensable.

A high-risk association between habits, such as areca nut and tobacco chewing and smoking, and the occurrence of VH has been reported. Shear and Pindborg (4) reported that the gingiva and alveolar mucosa were the most common sites for the occurrence of VH; however, the buccal mucosa has now been established as the most prevalent site (5). In the case presented herein, the lesion was located on the buccal mucosa, which is consistent with the literature. This frequent involvement may also be associated with the habit of the placement of betel nut or tobacco in the buccal vestibule (5). The study conducted by Shiu and Chen (10) reported that the rate of malignant transformation was 7.2 years in patients with habits of areca nut or tobacco chewing and 22.4 years for individuals without any associated risk factor or habit.

The key to the successful treatment of VH lies in the accurate diagnosis made by the clinician and the pathologist; this is achieved by possessing awareness and knowledge of the clinical and histological presentation of the lesion. VH can be treated with similar modalities as VC due to the overlapping clinical features. Different procedures that have been used in the treatment of VH are surgical excision, chemotherapy, radiotherapy, cryotherapy or a combination of these. Surgical excision is the most conventional and reliable treatment. A wide surgical excision with adequate soft tissue margin and depth is paramount to preventing recurrence of the lesion (8,9,11,12). Some studies have demonstrated the use of cryogun (Brymill Corp.) cryotherapy and topical 5-aminolevulinic acid-mediated photodynamic therapy as an effective treatment modality for VH and leukoplakic lesions (11,12).

The BFP, which has been used as a pedicled or free graft since the 1970s, has hardly been used for reconstruction following the excision of VH (13). In the cased described in the present study, the defect using BFP was successfully reconstructed with no recurrence in a long follow-up period of 2.5 years. The BFP consists of a central body with four processes (buccal, pterygoid, superficial and deep temporal). The major volume is constituted by body and buccal extension, which is released conveniently by an intraoral buccal incision at the tuberosity area. However, in the case presented herein, the BFP was available within the defect. It epithelializes within a few weeks, eliminating the requirement of any skin grafts (14). The function of the BFP is lubrication during the contracture of muscles, and a loss of this fat can induce some scar contracture and the adhesion of muscles; thus, the patient was advised to perform active mouth opening exercises. Hence, no marked contracture or adhesion occurred in the present case. The mouth opening of the patient was not negatively affected. BFP was preferred over skin grafts, artificial dermal templates or other treatment modalities due to its high vascularity, the proximity of the donor site to the wound site, its economic suitability, less scar contracture than skin grafts and a lower probability of infection or morbidity (14).

In conclusion, VH is a potentially malignant lesion whose distinction from VC can only be made histologically. There is a high risk of the malignant transformation of VH. Hence. the treatment of VH should be conducted at the earliest possible time point to prevent grievous consequences. The excision of the lesion should also include normal adjacent tissue to prevent recurrence. The present study described a case of VH which was successfully diagnosed and treated by surgical excision with no signs of recurrence.

Written informed consent was obtained from the patient for inclusion in the study and investigations were carried out following the rules of the Declaration of Helsinki of 1975.

The patient provided written informed consent for the publication images related to his case. 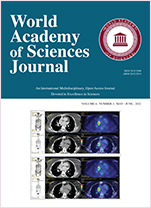