microRNAs (miRNAs) are non-coding RNAs formed of 18–25 nucleotides that can cause the inhibition of gene expression at a post-transcriptional level by directly binding to the 3′-untranslational region (UTR) of mRNAs (4). Deregulation of miRNAs, such as miR-204, miR-331, miR-125b, miR-148b and miR-148a, has been demonstrated to play an important role in hepatocellular carcinoma (5–9). Among these miRNAs, miR-148a has been demonstrated to act as a tumor suppressor in several types of cancer, including gastric, non-small cell lung and colorectal cancer (10–12). For instance, the expression level of miR-148a was reduced in gastric cancer tissues and cell lines, and it could regulate various target genes and pathways involving tumor proliferation, invasion and metastasis (10).

This study was approved by the Ethics Committee of Shandong University (Jinan, China). Informed consent was obtained from the patients. Twenty hepatocellular carcinoma tissues and their matched adjacent normal tissues were collected in the Department of General Surgery, Qilu Hospital of Shandong University (Jinan, China). Tissue samples were immediately frozen in liquid nitrogen following surgical removal.

Total RNA was extracted using TRIzol® reagent (Invitrogen Life Technologies, Carlsbad, CA, USA). An miRNA Reverse Transcription kit (Invitrogen Life Technologies) was used to convert RNA into cDNA, according to the manufacturer’s instructions. RT-qPCR was then performed using an miRNA qPCR Detection kit (GeneCopoeia, Rockville, MD, USA) on an ABI 7500 thermocycler (Applied Biosystems, Carlsbad, CA, USA). The PCR conditions were set as follows: 94°C for 3 min; followed by 40 cycles of 94°C for 30 sec, 60°C for 15 sec and 72°C for 30 sec; and a final step of 82°C for 5 sec. U6 gene was used as an internal reference. The relative expression was analyzed by the 2−ΔΔCt method.

A QuikChange® Site-Directed Mutagenesis kit (Stratagene, La Jolla, CA, USA) was used to generate a mutant-type 3-UTR of S1PR1, according to the manufacturer’s instructions. The wild- or mutant-type 3-UTR of S1PR1 was inserted into the psiCHECK™-2 vector (Promega Corp., Madison, WI, USA). Once HepG2 cells were cultured to ~70% confluence, they were transfected with psiCHECK™-2-S1PR1-3-UTR or psiCHECK™-2-mutant S1PR1-3-UTR vector, with or without 100 nM miR-148a mimics. Following transfection for 48 h, the luciferase activities were determined on an LD400 luminometer (Beckman Coulter, Fullerton, CA, USA). Renilla luciferase activity was normalized to firefly luciferase activity.

A cell suspension containing 5×105 cells/ml was prepared in serum-free media; 300 μl was added into the upper chamber and 500 μl RPMI-1640 containing 10% FBS was added into the lower chamber. Following incubation for 24 h, non-invading cells as well as the matrix gel (BD Biosciences, Franklin Lakes, NJ, USA) on the interior of the inserts was removed using a cotton-tipped swab. Invasive cells on the lower surface of the membrane were stained with crystal violet (Sigma-Aldrich) for 20 min, rinsed with water and dried in air. Five fields were randomly selected and the cell number was counted under an inverted microscope (IX83; Olympus Corporation, Tokyo, Japan) (magnification, ×100).

Bioinformatical predication was performed using TargetScan online software (http://www.targetscan.org/) and the findings showed that the putative seed sequences for miR-148a at the 3′-UTR of S1PR1 were highly conserved (Fig. 2A). To verify whether S1PR1 was a direct target of miR-148a, the wild and mutant types of S1PR1 3′-UTR were generated. The dual-luciferase reporter assay was subsequently performed in hepatocellular carcinoma HepG2 cells. As shown in Fig. 2B, the luciferase activity was significantly reduced in HepG2 cells co-transfected with the wild-type 3′-UTR of S1PR1 and miR-148a mimics, but unchanged in HepG2 cells co-transfected with the mutant S1PR1 3 UTR and miR-148a mimics, indicating that miR-148a directly binds to the 3′-UTR of S1PR1 in HepG2 cells.

To further investigate the role of miR-148a in the regulation of S1PR1 expression in hepatocellular carcinoma cells, HepG2 cells were transfected with scrambled miRNA, miR-148a mimics and miR-148a inhibitor, respectively. The transfection efficiency was satisfactory (Fig. 3A). The findings showed that the protein level of S1PR1 was significantly reduced following the upregulation of miR-148a but was increased in HepG2 cells transfected with miR-148a inhibitor (Fig. 3B). These findings indicate that miR-148a plays a negative role in the regulation of S1PR1 expression at a post-transcriptional level in hepatocellular carcinoma cells.

It has been well established that miRNAs can regulate various biological processes by modulating the expression of their targets at a post-transcriptional level (15). In addition, deregulation of miRNAs has been demonstrated to be associated with the development and progression of various human malignancies (16). In the present study, the expression level of miR-148a was shown to be notably reduced in hepatocellular carcinoma tissues and cells compared with that in normal tissues. These findings were consistent with others (17). Magrelli et al (17) performed a microarray and RT-qPCR to examine the miRNA expression in hepatoblastoma tissues. It was found that miR-148a was the only downregulated miRNA in hepatoblastoma tissues (17). Following the study by Magrelli et al (17), Yuan et al (18) suggested that miR-148a may be associated with hepatitis-B-virus-associated hepatocellular carcinoma. According to these and the current findings, we suggest that deregulation of miR-148a is involved in the development and progression of hepatocellular carcinoma; however, the detailed role of miR-148a in hepatocellular carcinoma, particularly the molecular regulatory mechanism, remains to be fully elucidated.

Bioactive sphingolipids, including sphingosine kinases (SKs) and their product S1P, have been demonstrated to be involved in the regulation of cancer growth, metastasis and drug resistance (19). It has been well established that S1P exerts its intracellular and extracellular pro-survival and drug resistance functions through S1PR1 (20,21); therefore, SK/S1P/S1PR1 signaling appears to be a promising therapeutic target for cancer. In the present study, it was shown that S1PR1 was significantly upregulated in hepatocellular carcinoma tissues, consistent with a previous study (9). The role of S1PR1 in the regulation of cancer cell invasion has also been previously demonstrated. For instance, S1P/S1PR1 signaling has been shown to promote cell migration and invasion via the activation of stat3 in prostate cancer cells (22). In addition, S1P/S1P1 signaling has been found to mediate Wilms tumor cell migration and invasion (23). In the present study, S1PR1 was found to be involved in the miR-148a-mediated inhibition of hepatocellular carcinoma invasion. Based on previous and the current findings, we suggest that S1PR1 could become an effective target for the prevention of hepatocellular carcinoma metastasis. 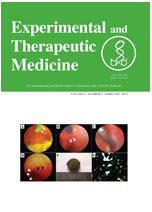