Epitalon and colon carcinogenesis in rats: Proliferative activity and apoptosis in colon tumors and mucosa

The effect of the synthetic pineal peptide Epitalon® (Ala-Glu-Asp-Gly) on proliferative activity in colon tumors, and in mucosal epithelial cells adjacent to and located far from tumors was studied in rats. To evaluate the effect of Epitalon on different stages of carcinogenesis, different treatment regimens were used: during the tumor initiation stage, during the tumor-promotion stage, or during the entire process of tumor development. Eighty 2-month-old male LIO rats were exposed weekly to five subcutaneous injections of 1,2-dimethylhydrazine (DMH) at a single dose of 21 mg/kg body weight. Rats were divided into four groups. Control rats (group 1) received saline at a dose of 0.1 ml during the entire experiment. Rats in group 2 were treated with Epitalon at a dose of 1 µg, five times a week, for 6 months, from the first injection of DMH till the end of the experiment. Rats in group 3 were treated with Epitalon after termination of the carcinogen injections. Rats in group 4 were treated with Epitalon only during the period of DMH exposure (for the first 5 weeks of the experiment). DMH induced proliferation of the secretory epithelium, and this phenomenon was accompanied by a decrease in the size of the stromal area and the area of lymph infiltration in colon tumors and in the colon mucosa adjacent to the tumors (group 1). Epitalon attenuated this effect, especially when the treatment was continued throughout the experiment (group 2). It increased the stromal areas, as well as that of lymphoid infiltration in the colon mucosa adjacent to the tumors. The intensity of lymphoid infiltration was activated in both the colon mucosa adjacent to a tumor and in the tumor. Mitotic activity of tumor cells was significantly inhibited by Epitalon when the treatment was given throughout the experiment (group 2). In parallel, a high level of apoptosis was seen in the same group. Thus, the strongest inhibitory effect of Epitalon on carcinogenesis in the colon mucosa was manifested when the treatment was continued throughout the experiment. 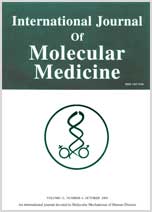