Although the complete genomes of a number of organisms have been sequenced, the biological functions of many genes are still not known. Because experimentally studying the functions of those genes one by one requires tremendous time, it is vital to use published resources like microarray gene expression data for computational analysis of gene functions. One example is YJL103C, a yeast gene of unknown function in the Saccharomyces Genome Database (SGD). It is possible to quickly infer its biological function by computational analysis. In this study, we present an efficient model to explore the biological function of a novel gene using microarray data. We showed that the expression pattern of YJL103C is most similar to the genes in the energy group and respiratory chain subgroup. We further found that YJL103C contains a HAP2,3,4 box in its promoter region and a cytochrome C heme-binding signature in its protein sequence. Our findings define a potential role for YJL103C in the regulation of energy metabolism, specifically in the process of oxidative phosphorylation. Similar bioinformatics methods can be applied to infer the biological functions of other novel genes in organisms for which microarray data are available. In this work, we selected a single gene of unknown function as a case study. By focusing on the power of computer analysis and bioinformatics on the available microarray data, we have determined the likely biological function of YJL103C. Our study provides a method by which to explore the potential function of other genes currently annotated as having an unknown function in any organism for which global gene expression data are available. 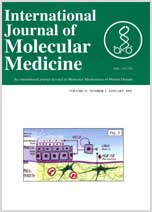