WASP and WAVE proteins: Vital intrinsic regulators of cell motility and their role in cancer (Review)

Cell migration is critical during the metastatic spread of cancer cells. Metastases, rather than primary tumours, are responsible for most cancer-related deaths. Invasive cancer cells acquire a migratory phenotype which is associated with an increased expression of several genes involved in cell motility. Actin, which is the most abundant protein in most eukaryotic cells, is necessary for whole cell locomotion. Reorganisation of actin filaments is regulated by a highly integrated signalling cascade governed by ‘molecular switches’ which belong to the Rho GTPase family. WASP family proteins are downstream molecules which form a link between the GTPases and the actin cytoskeleton. The WASP family includes 5 members and is structurally divided into 2 groups: Wiskott-Aldrich Syndrome proteins (WASPs) and WASP verprolin homologous proteins (WAVEs). Current evidence suggests that WAVEs are crucial for cell motility and metastasis. This is a review on the possible role of WAVEs in cancer and the clinical associations found in human cancer. 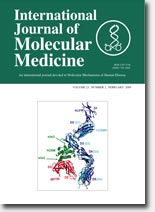