Arsenic trioxide (ATO) can regulate many biological functions such as apoptosis and differentiation. We evaluated the effects of ATO on various cell types such as cervical cancer HeLa cells, pulmonary adenocarcinoma Calu-6 and A549 cells, calf pulmonary artery endothelial cells (CPAEC), human umbilical vein endothelial cells (HUVEC) and human pulmonary fibroblast (HPF) cells in relation to cell growth, cell death and reactive oxygen species (ROS) and glutathione (GSH) levels. The growth of HeLa and Calu-6 cells was inhibited by ATO with an IC50 of ≈15 µM at 24 h. A549 cell growth was not inhibited by 15 µM ATO. The susceptibility to ATO in CPAEC and HUVEC was similar to that in HeLa cells. The IC50 of ATO in HPF cells was ≈40 µM. ATO induced apoptosis in HeLa, CPAEC and HUVEC, which was accompanied by the loss of mitochondrial membrane potential (ΔΨm). However, ATO did not strongly trigger apoptosis in Calu-6, A549 and HPF cells. ATO increased or decreased the ROS level including O2·− and GSH levels depending on the incubation dose and cell type. In conclusion, ATO differentially affected cell growth inhibition and death depending on the incubation dose and cell type. The changes in ROS and GSH levels by ATO were not tightly correlated with the level of cell death. Our present data provide useful information for the action of ATO in various cell types in relation to cell growth, cell death, ROS and GSH levels. 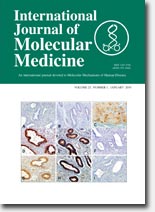