The lipocalin type of prostaglandin D synthase or β-trace protein is synthesized in the choroid plexus, lepto-meninges and oligodendrocytes of the central nervous system and is secreted into the cerebrospinal fluid. β-trace protein is the key enzyme in the synthesis of prostaglandin D2, an endogenous sleep-promoting neurohormone in the brain. Electromagnetic fields (EMF) in the radio frequency (RF) range have in some studies been associated with disturbed sleep. We studied the concentration of β-trace protein in blood in relation to emissions from wireless phones. This study included 62 persons aged 18-30 years. The concentration of β-trace protein decreased with increasing number of years of use of a wireless phone yielding a negative β coefficient = -0.32, 95% confidence interval -0.60 to -0.04. Also cumulative use in hours gave a negative β coefficient, although not statistically significant. Of the 62 persons, 40 participated in an experimental study with 30 min exposure to an 890-MHz GSM signal. No statistically significant change of β-trace protein was found. In a similar study of the remaining 22 participitants with no exposure, β-trace protein increased significantly over time, probably due to a relaxed situation. EMF emissions may down-regulate the synthesis of β-trace protein. This mechanism might be involved in sleep disturbances reported in persons exposed to RF fields. The results must be interpreted with caution since use of mobile and cordless phones were self-reported. Awareness of exposure condition in the experimental study may have influenced β-trace protein concentrations. 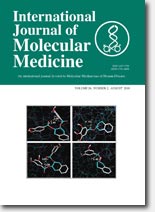