We have previously reported that star shaped poly(ethylene oxide-stat-propylene oxide) macromers with 80% EO content and isocyanate functional groups at the distal ends [NCO-sP(EO-stat-PO)] can be used to generate coatings that are non-adhesive but easily functionalized for specific cell adhesion. In the present study, we investigated whether the NCO-sP(EO-stat-PO) surfaces maintain peptide configuration-specific cell-surface interactions or if differences between dissimilar binding molecules are concealed by the coating. To this end, we have covalently immobilized both linear-RGD peptides (gRGDsc) and cyclic-RGD (RGDfK) peptides in such coatings. Subsequently, SaOS-2 or human multipotent mesenchymal stromal cells (MSC) were seeded on these substrates. Cell adhesion, spreading and survival was observed for up to 30 days. The time span for cell adherence was not different on linear and cyclic RGD peptides, but was shorter in comparison to the unmodified glass surface. MSC proliferation on cyclic RGDfK modified coatings was 4 times higher than on films functionalized by linear gRGDsc sequences, underlining that the NCO-sP(EO-stat-PO) film preserves the configuration-specific biochemical peptide properties. Under basal conditions, MSC expressed osteogenic marker genes after 14 days on cyclic RGD peptides, but not on linear RGD peptides or the unmodified glass surfaces. Our results indicate specific effects of these adhesion peptides on MSC biology and show that this coating system is useful for selective testing of cellular interactions with adhesive ligands. 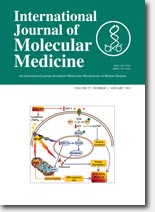