Liver damage with hyperbilirubinemia during regeneration of the small liver is the major hurdle to expand the indications of adult living donor liver transplantation. We performed a large-scale gene expression analysis of the regenerating liver after a 90% hepatectomy in rats, and analyzed the changes in the gene expression patterns related to the ATP-binding cassette (ABC) transporters. RNAs were prepared from 3 rat livers at 0, 24, 72 and 168 h after a 90% hepatectomy. The gene expression profile was analyzed by the Rat Genome 230 2.0 array with special references to the ABC transporters. Among 31,042 probes, 1,587 reported genes were identified as either upregulated or downregulated more than 2-fold. Among 20 ABC transporter genes, multidrug resistance protein (MRP) 2 and organic anion transporting polypeptide (OATP) 1 were significantly downregulated, while MRP1 and MRP3 tended to be expressed. These genetic changes were confirmed by real-time PCR. A microarray analysis demonstrated not only an extensive gene expression profile in the regenerating liver but more specific molecular events related to bilirubin transport at the same time. Changes in the expression pattern of the ABC transporters, therefore, seem to be the key event in liver failure during liver regeneration. 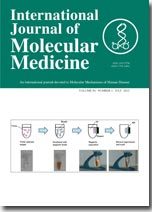