Ubiquitin C-terminal hydrolase-L1 (UCHL1) belongs to the family of deubiquitinating enzymes (DUBs), which is involved in the ubiquitin-dependent proteolytic system. Previously, we have reported that the upregulation of UCHL1 is related to lymph node metastasis in colorectal cancer (CRC). However, its molecular mechanisms remain elusive. In this study, we transfected pcDNA3.1/UCHL1 and the pcDNA3.1/UCHL1-C90S mutant into HCT8 cells. The changes in biological features in these stable transfectants were examined both in vitro and in vivo. Western blot analysis was used to analyze the changes in the β-catenin/T cell factor (TCF) pathway. We demonstrated that UCHL1 re-expression promoted the proliferation, migration and metastasis potential of HCT8 cells both in vitro and in vivo. We also found that UCHL1 could decelerate β-catenin degradation depending on its deubiquitinating activity. The accumulated β-catenin consequently activated the β-catenin/TCF pathway and induced the expression of cyclin D1 and uPA. These observations imply that UCHL1 may contribute to CRC progression by activating the β-catenin/TCF pathway through its deubi­quitinating activity.

Colorectal cancer (CRC) is the third most common cancer, and the fourth leading cause of cancer death worldwide (1). In recent years, improved treatment has resulted in a 5-year survival rate of about 50% (2). However, the survival rate of advanced stage patients, especially of those with lymph node metastasis, is still low. A series of genes are involved in the pathogenesis of CRC. Investigation of these genes is important to clarify the tumorigenic pathway and is helpful for developing new biomarkers for early detection and accurate diagnosis.

Ubiquitin C-terminal hydrolase-L1 (UCHL1) is a member of the deubiquitinating enzymes (DUBs), widely expressed in neuronal tissues, and functions to maintain ubiquitin balance by associating and releasing ubiquitin (3). Previous studies showed that UCHL1 played an important role in neurodegenerative diseases including Parkinson's disease and Alzheimer's disease (4). Recently, growing evidence indicates that UCHL1 also plays a role in tumorigenesis and tumor progression. Interestingly, the roles of UCHL1 are conflicting in different cancer types. UCHL1 acts as a tumor promoter in pancreatic cancer, prostate cancer, and lung cancer (5–7). However, it acts as a tumor suppressor in ovarian cancer, hepatocellular cancer, and nasopharyngeal carcinoma (8–10). In esophageal cancer, breast cancer and CRC, its function is ambiguous (10,11–15). The role of UCHL1 in cancer cells is still largely unexplored.

In our previous study, we found that the expression of UCHL1 was increased in the lymph node metastasis (LNM) CRC group compared with the non-LNM CRC group. The re-expression of UCHL1 through gene transfection increased the invasive ability of HCT8 cells (16). In this study, we further demonstrated that UCHL1 re-expression promoted the proliferation, migration, and metastatic capabilities of HCT8 cells both in vitro and in vivo. We also found that UCHL1 could decelerate β-catenin degradation depending on its deubiquitinating activity. Accumulated β-catenin consequently activated the β-catenin/T cell factor (TCF) pathway and induced the expression of cyclin D1 and uPA.

Cells were seeded in triplicate into 96-well plates with 3×103 cells/well. Cells were maintained for 5 days, and then 20 μl of MTT (Sigma, USA) solution (5 mg/ml) was added and cells were further incubated at 37°C for 4 h. Absorbance at 492 nm was determined with a microplate reader. All MTT assays were repeated three times.

Cell invasion and migration assays were carried out in a chemotaxis chamber (Millipore). Cells (1×105) suspended in 200 μl of serum-free medium were loaded into the upper chamber and allowed to pass through an 8-μm-pore polyethylene terephthalate filter. The lower chamber was filled with complete medium. The chamber was either pre-coated with Matrigel (1:8; BD Biosciences, Bedford, MA, USA) for invasion assays or left uncoated for migration assays. Cells that failed to pass through the filters were removed by scrubbing with cotton swabs after 20 h (migration assay) or 24 h (invasion assay). Cells on the undersurface were fixed in methanol and stained with 0.5% crystal violet, then photographed and quantified in 5 random fields per membrane. Each sample was assayed in triplicate.

For the tumor growth assay, cells (40 μl, 4×106 cells) were collected and inoculated subcutaneously into the nail pad of 4-week-old male nude mice. Experimental and control groups had 5 mice each. Mice were sacrificed 38 days later. Tumor growth curves were calculated. After tumor excision, the tissues were fixed in 10% buffered formalin. All formalin-fixed and paraffin-embedded samples were carefully examined after staining with hematoxylin and eosin (H&E) and UCHL1 antibody.

For the tumor metastasis assay, cells (50 μl 2.5×106 cells) were collected and injected into the tail vein of 4-week-old male nude mice. Each group included 6 mice. Mice were sacrificed 4 weeks later and examined for metastasis development. Lungs and visibly observable lymph nodes were excised. All lungs were fixed with Bouin's fluid. All lymph nodes were formalin-fixed and paraffin-embedded, then carefully examined after staining with H&E and UCHL1 antibody.

Immunohistochemical (IHC) staining was performed as previously described (16). Specimens were incubated with anti-UCHL1 (1:500, Abcam) overnight at 4°C, and then incubated with a biotinylated second antibody (goat anti-rabbit/IgG 1:100 dilution) for 30 min at 37°C.

Cells were treated with cyclohexamide (CHX, 100 μg/ml; Sigma) for 0, 3 or 6 h to inhibit further protein synthesis. Then cells were harvested and analyzed by western blot analysis.

UCHL1 promotes tumorigenesis and metastasis of HCT8 cells in vivo

To investigate UCHL1 functions in vivo, we injected HCT8/pcDNA3.1 and HCT8/UCHL1 cells into nude mice through the nail pad. Mice were humanely sacrificed and dissected for tumors 38 days later. Tumor nodules resected from the HCT8/UCHL1 group showed positive UCHL1 staining (Fig. 2D). In addition, the nodules from this group were larger and heavier than those from the control group (P<0.05) (Fig. 2A–C). However, we did not find lymph node metastasis or lung metastasis in either group in this model.

To investigate whether UCHL1 promotes tumor metastasis in vivo, we injected HCT8/pcDNA3.1 and HCT8/UCHL1 cells into nude mice via tail veins. Mice were sacrificed 4 weeks later. In the HCT8/UCHL1 group, 2 mice died before the end of the experiment. In the remaining 4 mice, all of them developed lymph node metastases, accompanied with positive UCHL1 staining (Fig. 3A). However, no lymph node metastasis was found in HCT8/pcDNA3.1 group. The percentage of metastatic lymph nodes with respect to the total visible lymph nodes per mouse was significantly higher in the HCT8/UCHL1 group (22%) than in the control group (0%; P<0.05) (Fig. 3B). Furthermore, UCHL1 re-expression dramatically promoted lung metastasis of HCT8 cells. The metastatic loci in the HCT8/UCHL1 group (58±30) were significantly more than those in the control group (7±6; P<0.05) (Fig. 3C–D). These results indicated that UCHL1 promoted tumorigenesis and metastasis of HCT8 cells in vivo.

To investigate if the deubiquitinating capability is essential for UCHL1 function, we constructed a C90S mutant (with cysteine 90 converted to serine), with impaired deubiquitinase activity (17). Then the HCT8/UCHL1-C90S stable cell line was generated (Fig. 4A). The proliferation, migration, and invasion capabilities of HCT8/UCHL1-C90S cells were similar to those of HCT8/pcDNA3.1 cells (Fig. 4B–D). These results indicated that the malignant transformation promoting function of UCHL1 was dependent on its deubiquitinating activity.

To determine whether UCHL1 upregulates β-catenin expression by enhancing its stability, a half-life assay was performed. The data showed that UCHL1 re-expression significantly extended the half-life of β-catenin. In contrast, we failed to observe this function in the UCHL1-C90S mutant (Fig. 5B). These results indicated that UCHL1 upregulated β-catenin by enhancing its stability, depending on its deubiquitinating activity.

To further confirm the effect of UCHL1 on β-catenin/TCF signaling, the immunoblotting analyses were carried out using the protein isolated from the cell cytoplasm and nucleus in three stable cell lines. Our results demonstrated that UCHL1 re-expression increased the accumulation of β-catenin in cytoplasm, which resulted in increased β-catenin translocation into cell nucleus (Fig. 6A). However, β-catenin remained unchanged in HCT8/UCHL1-C90S cells compared with HCT8/pcDNA 3.1 cells.

Cyclin D1 and serine protease urokinase plasminogen activator (uPA) are transcriptionally induced by β-catenin in the nucleus (18,19). As shown in Fig. 6B, both molecules were upregulated in HCT8/UCHL1 cells, but not in HCT8/pcDNA 3.1 and HCT8/UCHL1-C90S cells. These data suggested that UCHL1 activated the β-catenin/TCF signaling, depending on its deubiquitinating activity.

The Wnt/β-catenin pathway is implicated in over 90% of colon cancers. The activation of β-catenin results in constitutive activity of β-catenin TCF transcriptional complex, which drives tumor formation (24). While exploring the mechanism by which UCHL1 promoted the malignant transformation of HCT8, we found that UCHL1 upregulated the expression of β-catenin by decelerating its degradation depending on its deubiquitinating activity. In agreement with our data, a recent study has also demonstrated that UCHL1 upregulated β-catenin signaling in 293 and NIH 3T3 cells (25). It is well known that the β-catenin subcellular distribution is greatly related to its oncogenic transcriptional regulation. The stabilized form of β-catenin accumulates in cytoplasm and is then translocated into the cell nucleus, where it carries out a pivotal role in tumorigenesis by activating the Wnt signaling target genes. In our investigation, UCHL1 induction increased the accumulation of β-catenin in the cytoplasm, which resulted in increased β-catenin translocation into the cell nucleus. Then upregulation of cyclin D1 and uPA were detected. Both cyclin D1 and uPA are target genes of β-catenin (18,19). Cyclin D1 is a major regulator of the progression of cells into the proliferative stage of the cell cycle (26). The increased expression of cyclin D1 can stimulate CDK activity and promote the cell cycle progression. uPA is a protease involved in degradation of the extracellular matrix. Upregulation of uPA promotes tumor progression, particularly tumor invasion and metastasis (27,28). These results agree with the cell behaviors that we have demonstrated in this study. Thus, we believe that UCHL1 promotes the malignant transformation of HCT8 by activating β-catenin signaling.

The conflicting study results of UCHL1 function in CRC may be because of the inadequate sample and the exact subtype of CRC. Besides, UCHL1, which contains two opposing enzymatic activities, deubiquitinating enzyme activity and ubiquitin ligase enzyme activity, may function differently under certain circumstances. Thus, further study is needed to elaborate the exact role of UCHL1, to clarify the function of UCHL1 in the tumorigenic pathway and to assist in the development of novel biomarkers for early detection and accurate diagnosis.

In summary, we provide both in vitro and in vivo evidence that UCHL1 functions as an oncogene by increasing cell proliferation, migration, and invasion capabilities in HCT8 cells through the β-catenin/TCF pathway depending on its deubiquitinating activity. 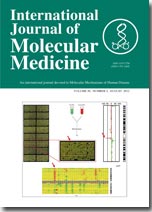