Interaction of the small GTPase Rac3 with NRBP, a protein with a kinase-homology domain

The family of Rac small GTPases including Rac1, Rac2 and Rac3 regulate numerous cellular processes. Since the cellular functions of Rac3 have not been defined, constitutively active V12Rac3 was used to identify targets that transduce its signals. We here identify human NRBP as a Rac family-interacting protein. NRBP formed a complex with activated Rac3. NRBP contains a kinase-homology domain and exhibits an associated kinase activity. NRBP represents a novel family of evolutionarily conserved proteins with homologs in C. elegans, D. melanogaster, mouse and human. Overexpression of NRBP in COS-1 cells failed to activate possible downstream targets of Rac3 including the JNK pathway, the p38 pathway or actin cytoskeletal rearrangements. Also, NRBP failed to co-localize with actin-based stress fibers or microspikes, or with the subcortical actin. However, overexpression of NRBP caused a dramatic redistribution of the Golgi-associated marker p58 to more peripheral locations within the cell, consistent with an impairment of the ER to Golgi transport. Immunocytochemistry showed that NRBP and activated Rac3 co-localized to endomembranes and at the cell periphery in lamellipodia. These results suggest that NRBP functions in subcellular trafficking and may be directed to specific subcellular locations through interaction with small GTPases of the Rho family. 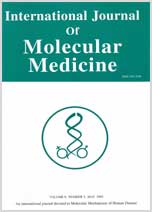